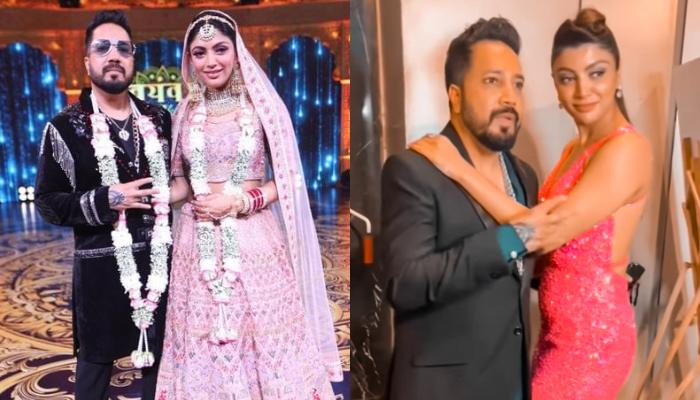 Bollywood singer, Mika Singh decided to get married on national television and came up with his show, Swayamvar- Mika Di Vohti, where 14 rajkumaris (female contestants) participated from different states of the nation to win his heart. Among them, the 45-year-old had zeroed down on three finalists – Akanksha Puri, Neet Mahal, and Prantika Das. And by the end of the show, Mika has finally chosen his rumoured ex-girlfriend, Akanksha as his better half, leaving the other two contestants heartbroken.

In the finale episode of Swayamvar- Mika Di Vohti, the singer was seen making the big decision and exchanging varmalaas with his best friend, Akanksha Puri. She had looked pretty in a pink-hued lehenga, while her groom, Mika looked handsome in a black-coloured ensemble. The best friends would soon tie the knot in a traditional wedding ceremony, following all the Punjabi wedding rituals. 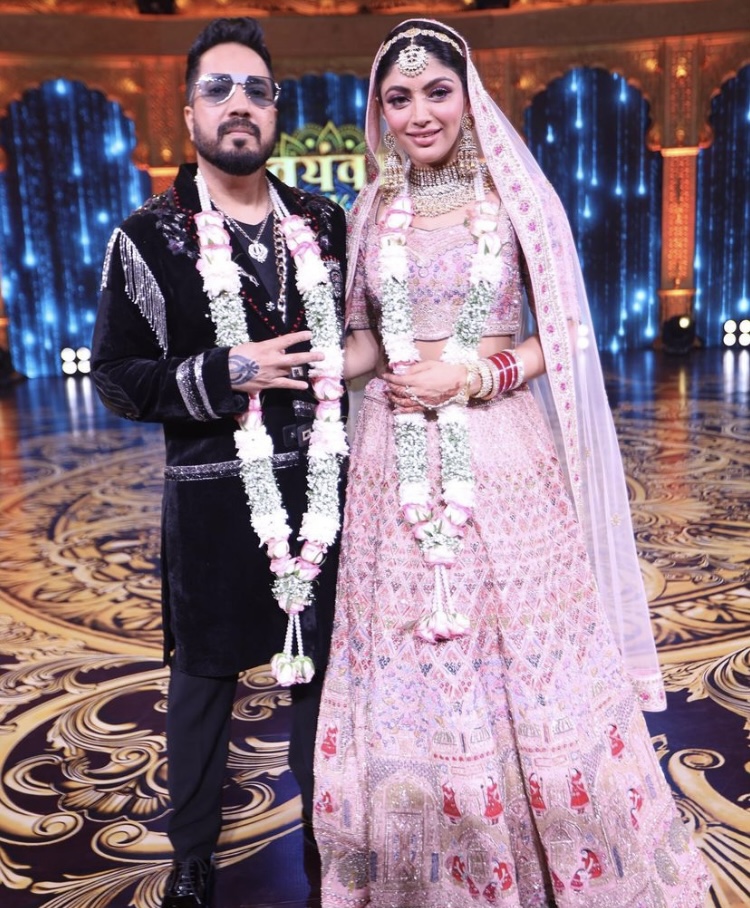 On July 25, 2022, Mika Singh and his would-be bride, Akanksha Puri made their first public appearance after choosing each other as partners in the swayamvar. In a video shared by a paparazzi account, Mika and Akanksha were seen posing for the shutterbugs in their respective western ensembles. While Mika looked dashing in a blue shirt layered with a black coat. His sweetheart, Akanksha donned a shimmery pink mini dress, which featured a plunging neckline and cutouts at the back. They posed for the camera with wide smiles. However, a section of society trolled the new pair for their mismatched chemistry.

As soon as the video went viral on the internet, netizens started passing nasty comments to the new lovebirds in town, Mika Singh and Akanksha Puri. While one user wrote, “She is so tall idk but they don’t compliment each other, no chemistry nothing”, another netizen called it a scripted show and penned, “This was preplanned, they were already in a relationship.” Check out!

Also Read: Rahul Khanna’s Reaction To Janhvi Kapoor Stalking Him On Social Media, Says, ‘It’s So Sweet Of Her’ 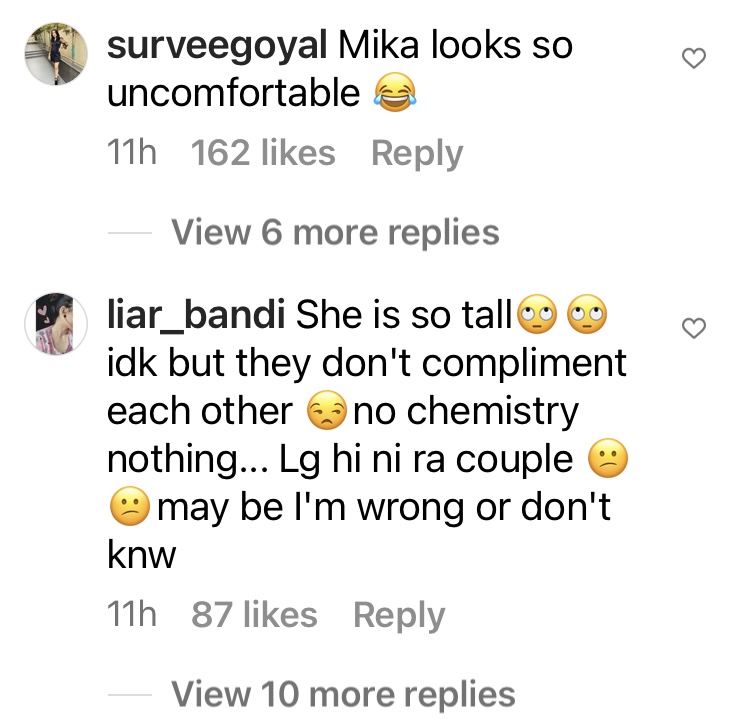 Earlier, in a candid conversation with ETimes, Mika Singh had talked about his show, Swayamvar- Mika Di Vohti and mentioned that he has no problem if the girls have come to marry him for his name and fame. He added that nobody wants to marry a struggler and shared that he respects their choice. Reflecting on the same, Mika had said:

“All the girls coming on the show, they know they are coming to be my life partner. They know who I am and that I am an established name. They will obviously come for my name, and fame and there’s nothing wrong with it. Everyone wants to marry someone who is well-to-do and settled, even parents also look for a bride or groom who is well settled in life, nobody wants their kids to marry a struggler. Girls usually wish to marry a person who is self made and can take care of her and her family. Agar woh ye soch ke aata hai I don’t have a problem at all. It depends on me, how I want to be with them.” What are your thoughts on Mika and Akanksha’s chemistry? Let us know!