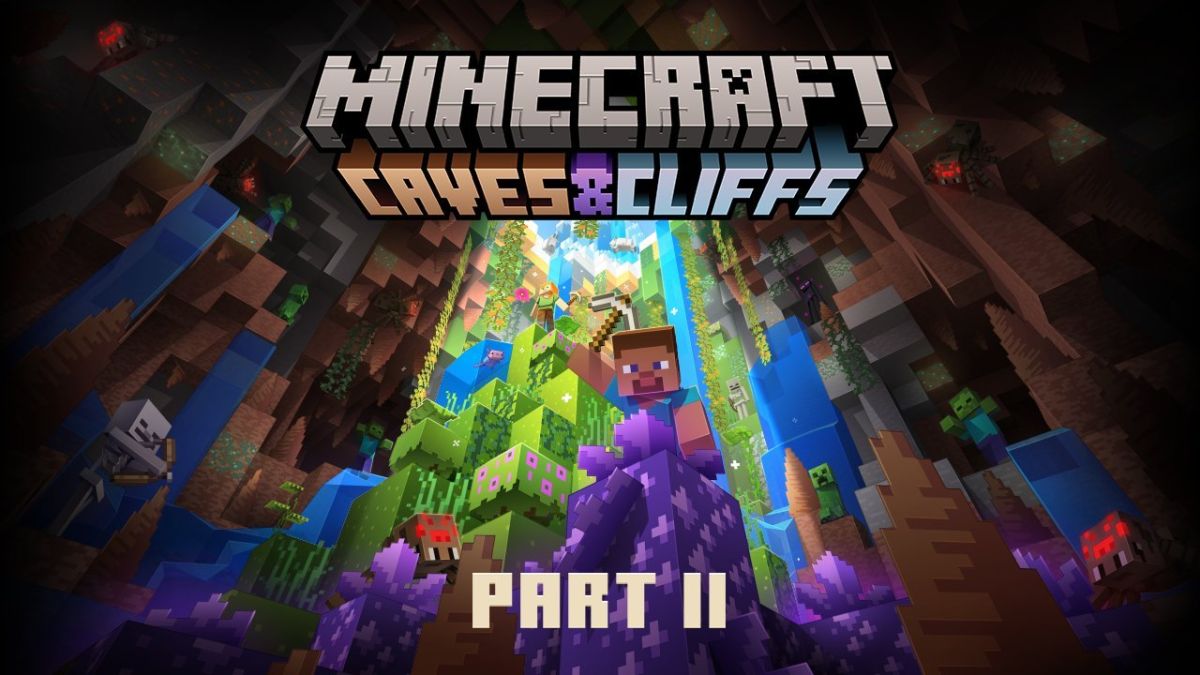 Minecraft never stops improving, and players are in for at least one more sizeable jump forward in quality before the next major content update later this year. On Tuesday, Mojang Studios began releasing Minecraft: Bedrock Edition 1.18.30 to players on all platforms, delivering a huge number of changes and fixes.

Minecraft: Bedrock Edition 1.18.30 is built on top of the Caves and Cliffs Update initially released throughout 2021, and features a plethora of improvements to better the experience in Minecraft. Some of the biggest changes in this patch update include a redesigned “Create New World” screen, 64-bit world seeds, improvements to damage and hunger calculations, dozens of vanilla parity improvements, and more.

There are also some experimental features from The Wild Update, letting players test parts of the upcoming, content-packed release without enrolling in the recent Minecraft: Bedrock Edition betas and Previews. An early version of the upcoming Spectator Mode is also included in this build, but Mojang Studios notes that this feature isn’t in active testing, yet, and won’t arrive until after The Wild Update releases later in 2022.

The changelog for this patch update is extensive, and will help further cement Minecraft on the list of best Xbox games, despite some recent mishaps for current-gen players. In case you missed it, we recently discussed how Mojang Studios should come clean about Minecraft and ray tracing on Xbox Series X|S.

The 1.18.30 update for Minecraft: Bedrock Edition was sizeable, but reportedly suffered from a variety of issues. On Wednesday, Mojang Studios began rolling out the Minecraft: Bedrock Edition 1.18.31 hotfix update, which includes a fresh batch of fixes directly aimed at the previous update. This is a minor release, so there aren’t any major improvements or feature additions with this release.

Mojang Studios has warned that this hotfix may take a few days to appear to all players. The release is starting with Xbox, PlayStation, PC, and Android platforms, and will roll out to Switch and iOS in the coming days.

The major 1.18.30 update for Minecraft is now securing its second hotfix update with the release of Minecraft: Bedrock Edition 1.18.32, which is even more minor than the previous hotfix. This update focuses entirely on improving performance on Android devices and the Nintendo Switch, and doesn’t include any other gameplay fixes or improvements.

The 1.18.32 hotfix update is now available to download on Android and Nintendo Switch, and isn’t coming to other platforms (due to its targeted and limited fixes).

Minecraft is an inarguable and complete success. It has sold copies in the hundreds of millions, has a huge following of dedicated players, and lets you unlock your every creative desire. The 1.18.30 patch update for Minecraft brings with it brand-new features, changes, and improvements.

A catalog of games

All your gaming needs, in one subscription

Is the Xbox Game Pass Ultimate the best value in all of gaming? It’s possible. Ultimate bundles your Xbox Live Gold subscription, Xbox Game Pass for Xbox consoles and PC Game Pass for Windows devices, and Xbox Cloud Gaming for on-the-go fun. The 1.18.30 Minecraft patch update also arrives to Xbox Game Pass players at the same time as everyone else.