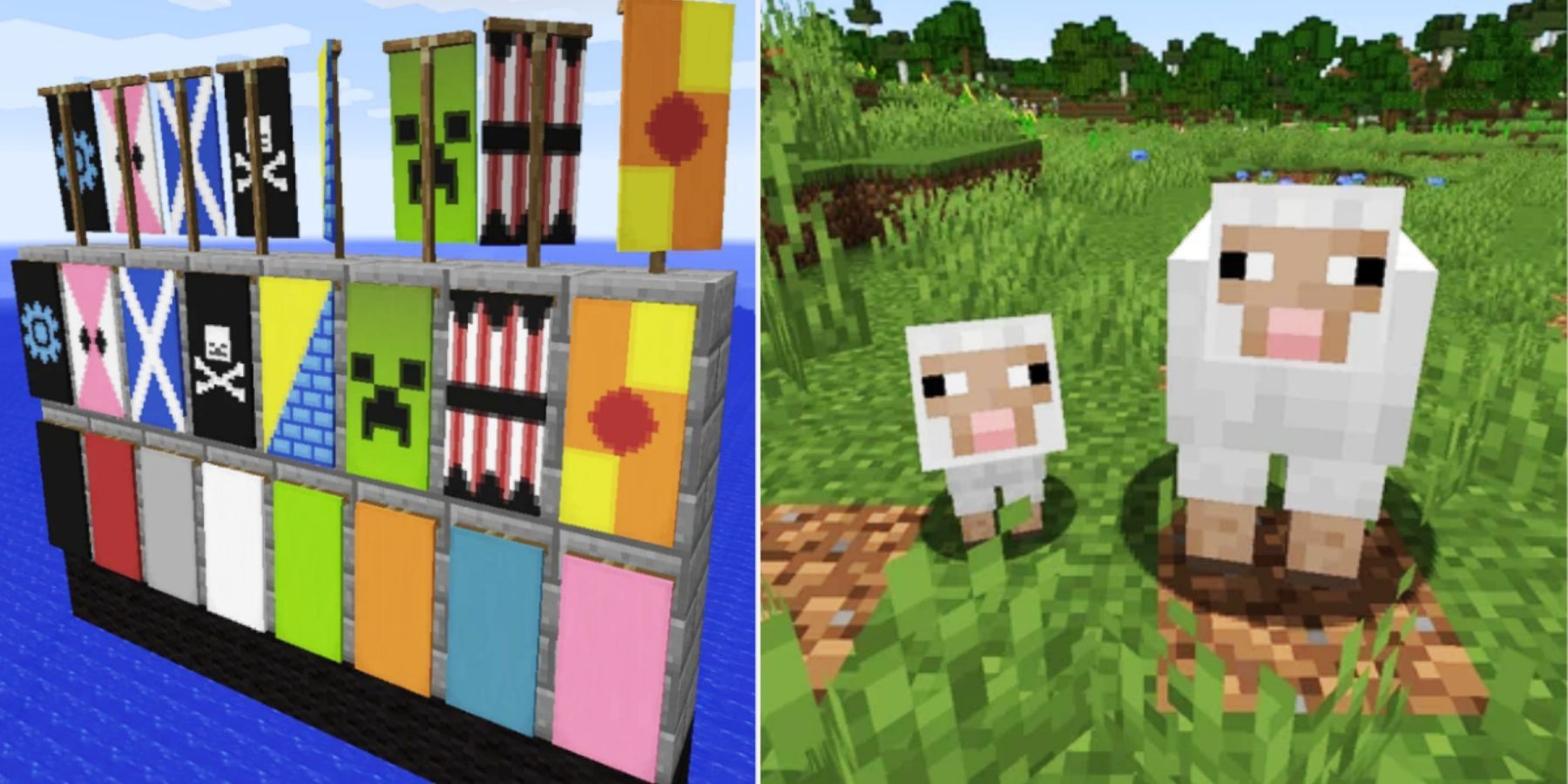 Ad P
Wool is one of the many resources players will come across in Minecraft. Like many items in the game, wool comes in the form of a block. It can be harvested from sheep using shears, or just by killing them. Sheared sheep will regenerate their wool the next time they eat grass.

It’s also possible to make wool out of string. Players can combine four pieces of string into a two-by-two crafting grid to produce one block of wool. That said, wool is found randomly in the world as well, most commonly in Woodland Mansions. Here’s how players can best use wool in Minecraft.

GAMERANT VIDEO OF THE DAY

The reason why wool will most likely be one of the first things players will search for in a Minecraft world is due to the fact that it can be used to craft beds. Beds are then used to sleep to skip nights and thunderstorms, but they also mark the player’s respawn point, even when interacted with in day time.

Wool is actually not a bad building block. It has a slight, fabric-type texture on its surface, but nothing too crazy unlike glazed terracotta for example. Because of this, it works well in builds, especially as flooring.

Wool blocks can also be dyed in various different colors. Only the sky is the limit when it comes to creating the player’s house of dreams. Just remember, wool is fabric, which means it’s highly flammable. Fire will destroy and spread on wool very quickly in Minecraft.

5 Lay Down A Carpet

While it’s plausible to use wool blocks as flooring, a more frugal approach is to turn wool into carpet. This is a thinner item that can be placed on top of other blocks and gives them a soft coating. Walking on it produces the same sound as walking on wool blocks.

Carpets can also be placed on top of fence posts, which allows players to jump over fences without mobs being able to do so. There are a lot of interesting ways to use carpets in farms and even redstone contraptions, so players will need to experiment and see what they like.

Banners are another cool way to spice up a Minecraft home and mark a player’s location on a map. Banners come in various colors and textures and will require the player to have a loom at their disposal for easy crafting and pattern creation.

Wool is of course a necessary crafting material, as players first need to have a blank banner before they can start customizing things. Six wool blocks on top of one stick will create a banner with a solid background color. Keep in mind that this color can’t be changed afterward.

Still in the realm of decorations, Minecraft also comes with a whole host of very unique and sometimes downright bizarre paintings. There’s a set of images in the game, and when a painting is placed on a wall, the game will randomly pick one of them depending on the available wall space.

RELATED: Minecraft: Every Sculk Block & What They Do

To make a painting, the crafting recipe is always the same, for every size. Players will just need the standard painting every time, which is a single wool block in the middle of a three-by-three crafting grid, surrounded by eight wooden sticks.

2 Use It To Traverse An Ancient City

For the longest time, wool didn’t exactly have a specific mechanical use other than decoration and making beds. It became a bit more valuable when beds were discovered to be fantastic for mining Ancient Debris in the Nether, but other than that, it wasn’t until the 1.19 Wild Update that wool had a lore-friendly purpose.

Ancient cities, guarded by the mighty Warden, are the one structure where wool can be a saving grace. Walking on wool in these structures prevents the player from triggering the sculk sensors and therefore the sculk shriekers that summon the Warden when activated enough times. It’s also possible to encase sculk sensors in wool to stop them from receiving signals from certain directions.

Because of this, players will notice that ancient cities often spawn with wool in them. Those who plan on looting one and surviving the wrath of the Warden will need to prepare some wool blocks or carpets in advance.

Note blocks and their respective sounds can be altered by placing a specific block underneath them. This changes which type of instrument the note block imitates when playing. Wool, in this case, is used to imitate the sound of a guitar-like instrument.

This is handy for players with a passion for creating songs and note block contraptions in Minecraft.

Minecraft is available on PC, PlayStation 4, Xbox One, Nintendo Switch, Android, iOS, and many other devices.