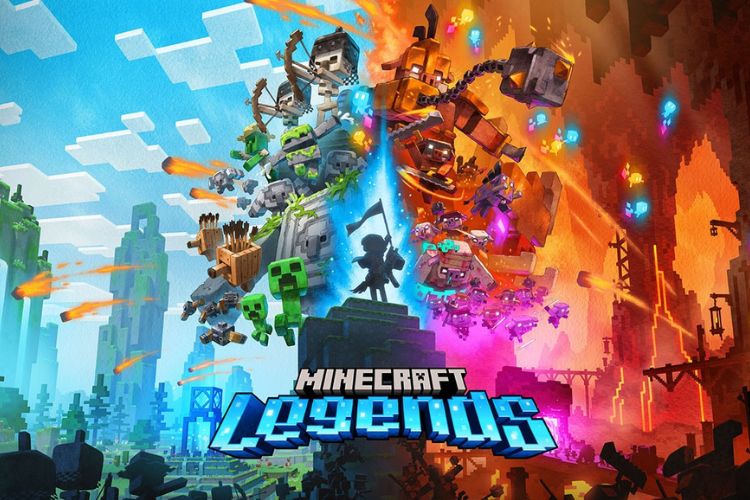 While people still haven’t fully discovered the Minecraft 1.19 update yet, the developers are back with a bigger surprise for the players. As a first, we are getting a new action strategy spin-off Minecraft game by the name of Minecraft Legends. It is supposed to plug the gaps in the story of Minecraft’s overworld while giving birth to a series of new myths. With an interesting plot and a new but familiar world, Minecraft Legends is easily set to become one of the most beautiful and best RTS games out there. So, let’s dive right in and discover everything you need to know about this new Minecraft game.

Minecraft Legends: Everything You Need to Know (2022)

We have covered the official gameplay, release date, compatible platforms, features, and more for Minecraft Legends in separate sections. You can freely explore each of them using the table below.

What is Minecraft Legends

Minecraft Legends is an upcoming action-strategy game based in the overworld of classic Minecraft. We got a first look at this game during the Xbox and Bethesda Games Showcase in mid-June 2022. This game has been developed by Minecraft’s original creator, Mojang Studios along with Blackbird Interactive.

At first glance, the game might appear similar to Minecraft Dungeons. But leaving aside the similar theme, this title features a distinctive rendition of Minecraft’s world along with a new style of gameplay similar to games like Age of Empires.

As per the Minecraft blog, the story of Minecraft Legends covers the myths that are discussed in the overworld villages. No one knows the reality behind them, but you can experience those stories firsthand with this new game. According to the myth, the creatures of the overworld (including Minecraft villagers and mobs) had to unite to stop the invasion of the Nether dimension’s piglins.

The piglins aim to corrupt the overworld with Nether features, and not only you, but the whole overworld must defend its home. So, instead of just featuring the main character’s story, Minecraft Legends keeps the world in focus. You are the force that unites the overworld, but it’s the mobs of the overworld that work together with you to defeat the piglins. The creators have promised to share the depth of the stories in the months following the game’s release.

In terms of gameplay, Legends borrows from a variety of existing action-strategy games and adds a spin of its own. It presents us with a third-person perspective of the familiar blocky world of Minecraft but with some new features, mobs, biomes, and mechanics in tow. You can explore the overworld to collect resources, complete campaigns, and experience various structures. Some might even give you a few Minecraft house ideas for your regular game.

The game isn’t as open-ended as regular Minecraft but still offers plenty of unique experiences to keep players entertained for hours. Not to forget, the presence of other players will only make it more interesting.

Yeah, similar to other real-time strategy games, Minecraft Legends also has an online multiplayer PvP and co-op mode. You can team up with other players to complete campaigns and explore the world. Or other players can try to attack your villages, plunder your resources, and challenge you in exciting battles.

Moreover, there is no information on whether Minecraft Legends will support cross-play or not. Right now, both Minecraft (Bedrock) and Minecraft Dungeons support crossplay on all the modern platforms. So considering the pattern of existing Minecraft games, the hopes of cross-play support and cross-play progression are high for this new spin-off.

Sometime next year, Minecraft Legends will be released on the following platforms:

The game will be available to play using the Xbox Game Pass and PC Game Pass on the release date itself. This applies to all the platforms that support this service.

As per Steam, your system needs to fulfill these minimum requirements to run the game smoothly:

It is also worth noting that the game doesn’t support Windows 10S. But you still might be able to run it if it’s included in Game Pass as a part of Xbox Cloud gaming.

Are You Going to Play Minecraft Legends?

With that, we have covered everything you need to know about Minecraft Legends. The game offers a lot of promises for seasoned and new Minecraft players. But whether it will live up to the hype or not is something only time will tell. But one thing is clear, with the extension of Minecraft’s world, we’re bound to see more mobs and biomes in the world of Minecraft. Moreover, there will soon be an abundance of best Minecraft mods in no time, bringing the same features to the vanilla game. So, make sure to install Forge in Minecraft while we wait for the new game to launch. With that said, are you excited to explore Minecraft Legends next year? Or will you skip this non-traditional Minecraft experience? Tell us in the comments!