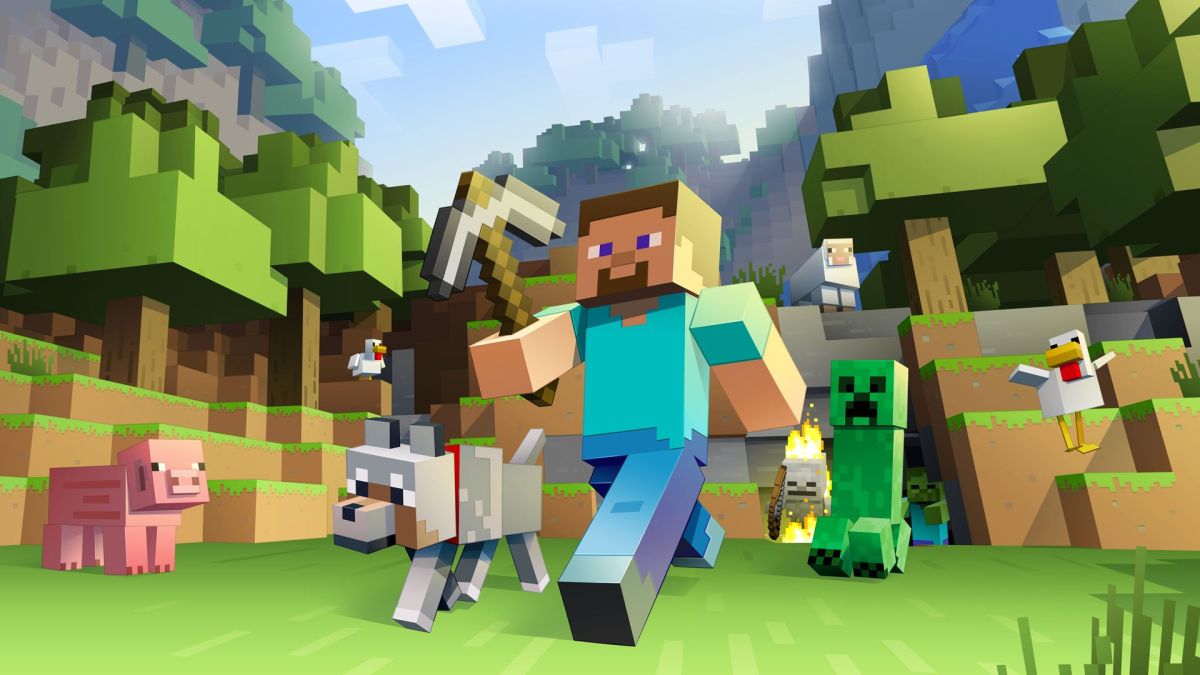 - Advertisement -
New journies into the blocky frontier need the best Minecraft mods to pump up your creative experience.

Minecraft, as it’s bought, is a great foundation – being one of the best survival games you can play – but it’s hard to resist the thrall of near-endless mod options. That said, there are so many options it can be hard to pick. Do you want to create a world full of magic and strange creatures? Or maybe you want to stick close to the original experience, but eliminate some annoyances from your gameplay? What about building yourself an industrial empire of mighty machines and countless factories supplying your insatiable appetite for cube collecting? Maybe you just want to build a cooler-looking Minecraft house.

The modding community has you covered as many of the best mods cover more than one category. You can even find mods to pair perfectly with your favorite Minecraft skins to bend your worlds to your aesthetic needs.

So, before you find yourself lost in the fields of choice, ask yourself – what do I want from my next Minecraft mod? Whether it’s as broad a desire as ‘more stuff’ or as specific as ‘skeletons with trumpets (opens in new tab)‘, it’s out there somewhere. Given that, lets take a look at the best Minecraft mods, or if you need help you can read up on how to install Minecraft mods as well.

While they may not be as exciting or flashy as other mods, utility-focused mods bring you quality-of-life upgrades for Minecraft. Don’t underestimate how much they’ll improve your enjoyment of the creative process. They can even replace the need for using Minecraft cheats in some cases.

Just Enough Items, nicknamed the JEI, is a phenomenal mod for new and experienced players alike. The JEI is an upgrade to your Minecraft interface that will let you search through and view every block and recipe in your game, all inside the existing Minecraft inventory menu. Even better, the JEI is compatible with most mods and modpacks, which is where it really stands out as the recipes and items pile up.

What The Hell Is That (WTHIT)

What The Hell Is That has one of the most on the nose names in the history of mods – adding a small box to your screen that tells you what you’re looking at. Specifically, WTHIT will tell you the name of the block along with the mod it’s from. Think a block looks cool and want to get some to build with? WTHIT will let you identify where it’s from.

Adding an automatic map and minimap, JourneyMap makes keeping track of where you are in your Minecraft world trivial. With waypoints, permanent mapping, and a pretty interface, JourneyMap is the standard. If anything, it may make it a bit too easy.

Where JourneyMap makes things a bit too easy for some, Antique Atlas adds a craftable map item that will create maps as you explore, and display them with a gorgeous old-school look. It still lets you add markers and waypoints, but keeps some of the mystery and work of exploration – making it a great alternative to JourneyMap.

The most popular of the utility mods for Minecraft, Optifine enables HD textures, increases the video configuration options, and makes Minecraft run faster. As the swiss army knife of video config and performance, Optifine finds its way into most players’ Minecraft install for a good reason.

Not enough blocks to choose from? Planning a massive build? Or are you simply a budding Minecraft architect in search of new palettes? Once you’ve figured out how to download Minecraft for PC, your next step should be Minecraft mods. No matter which, building mods serve to streamline or deepen the building experience and unlock your creativity.

While Carpenter’s Blocks adds a wide variety of blocks – including new plants in pots, hatches, fences, and doors – its main claim to fame is allowing you to make diagonal blocks of all sorts and apply existing block textures to new shapes. The end result is a base-level violation of the simplest of Minecraft conventions, and it’s a love-it or hate-it entry on the best Minecraft mods list as a result.

Tired of using stairs to represent tables and chairs? MrCrayfish’s Furniture Mod brings Minecraft a wide variety of craftable furniture blocks in many different textures. Whether you want a clean modern kitchen, rustic log tables, or colorful mailboxes, this is the go-to mod for Minecraft’s budding interior decorators.

While it doesn’t add blocks, furniture, or pretty items, WorldEdit is indispensable, allowing you to create complex megastructures from commands you type in, copy your builds to store them as data and recreate them later, knock down and build up entire mountains, and so much more. Quite simply, WorldEdit is Minecraft’s version of a level editor, and it’s a powerful tool in your arsenal if you want to customize a map or server.

Chisels and Bits asks the question: what if Minecraft blocks could be chopped up into really small Minecraft blocks? You can break normal blocks down into extremely tiny blocks and combine them to create gently sloping roofs, complex staircases, and totally new blocks composed of smaller cuts of several different blocks. As long as you have the patience to chop all your blocks up and piece them back together, anyways.

Adding sweeping changes to the Minecraft landscape, these mods can transform the landscape or its inhabitants – giving you new vistas to explore. They’re great choices if you want to change up the biomes you build in and creatures you encounter, or just want to go on an adventure or two. Though no matter how far afield you go, you won’t have as diverse a crossover adventure as Minecraft Steve does as one of the Super Smash Bros. Ultimate characters, world mods can still really change things up.

One of the oldest and most ambitious ‘dimension’ mods, Twilight Forest adds a new dimension – a heavily wooded landscape of endless darkness with its own questline. The Twilight Forest brings tons of locations to explore and makes for a great series of adventures for you and your friends to undertake, with plenty of cool blocks and items to bring back.

As the long-standing king of biome mods, Biomes O’ Plenty deserves every ounce of its crown. BOP brings countless new biomes to the overworld and nether, diversifying the landscape with new types of flowers, trees, and blocks for you to build with and alongside.

Changing Minecraft in a fundamental way, MineColonies lets you create your own functional villages and kingdoms full of NPC workers and specialized buildings. With MineColonies you can flex your sim management brainpower alongside your creativity as you manage your colony, protect it from raids, and research new things.

The humble fishing system of Minecraft is a bit simple, and Aquaculture 2 reels it into an overhaul. Adding a wide variety of new fish, lures/baits/bobbers, a tacklebox to store them, and even new treasures you can fish up – Aquaculture 2 doesn’t mess around when it comes to leisure time. Best of all, its fish even show up in modded biomes as appropriate.

With 35 new animals, Better Animals Plus unleashes a wide variety of wildlife to roam the cubic hills of your world. From crabs on the beaches to sharks in the ocean, Better Animals Plus shades the world in with a lot more color and diversity, and who can pass up the opportunity for your very own pet octopus?

On the less friendly side of the Minecraft safari is Mowzie’s Mobs, which introduces a bunch of mythical and magical monsters of all kinds. While running into Steve-eating plants in the jungle or flying nagas in the sky is spooky enough, there are also boss monsters that you can defeat to claim special powers. If you can survive them, anyways.

Terralith takes a clever approach to Minecraft biomes, revamping and adding to the overworld and underground cave systems with numerous new biomes – and does so without adding any new blocks. This also means that Terralith should be fully compatible with Biomes O’ Plenty and most other biomes mods, letting you pile onto the list of landscapes you’ll encounter.

Do you fancy being a powerful magician, bending the stars to your every whim? Or maybe you’d just like to harness the power of electricity to make machines do your bidding? Minecraft mods with both magic and technology are a common sight, and these are some of the best Minecraft mods that fit the bill.

With cool-looking ritual circles and items, Occultism brings the ability to summon spirits and demons to do your bidding. You’ll be able to summon creatures, mess with the weather and time of day, and even get your own familiar. Don’t overlook the ability to harvest trees and perform other mundane tasks either – time savers are always welcome.

Harnessing the power of the night sky, Astral Sorcery lets you both find and build some seriously cool-looking structures. You’ll also notice some really vibrant constellations, which you can interact with to make yourself special gear, and even build a network of altars that you can teleport between. Wearing shades at night has never been this cool.

Going for a more realistic bent than the other Minecraft mods focused on tech, Immersive Engineering pays off with fantastic-looking blocks and machines. Generating power with working wind and watermills, transmitting it with actual power lines and poles, and watching items move along conveyer belts are just a few of the perks of this finely crafted tech mod. It looks so good, it deserves a recommendation even if you just plan to use the blocks and machines for decoration.

Part of a large package of modules, Thermal Expansion is an oldie but a goodie in the world of the best Minecraft mods. Taking a functional approach to technology, the modules under Thermal Expansion gives you numerous cool and simple machines, dozens of new metals and ores, and even integrations with other mods. They’re well worth checking out if you’re serious about playing with tech.