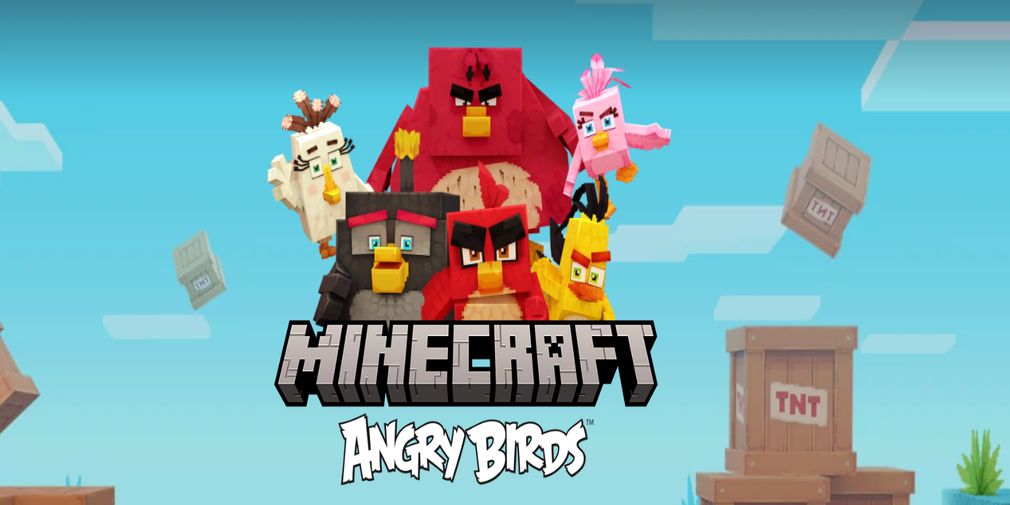 Ad P
In a clash of two incredibly popular titles, Angry Birds is teaming up with Mojang to bring a new piece of DLC to Minecraft. In this DLC for adventure worlds, you’ll find two new game modes as well as playable characters and a whole new way to enjoy Minecraft’s gameplay that is inspired by the Angry Birds formula.

To be specific, the two new game modes are classic and mission mode. In classic mode, you’ll be emulating the classic Angry Birds experience by taking aim with a massive slingshot loaded up with different characters from Angry Birds and using them to topple down massive towers that are inhabited by an angry mob of green pigs.

In mission mode, on the other hand, you’ll find four new unique environments exclusive to this DLC to explore, each requiring you to rescue 10 different birds from the series, including iconic characters like Chuck, Bomb, Stella, and more. Once unlocked, these birds will be available as playable characters with their own special abilities to use against the pigs.

With a total of six brand new playable Angry Birds characters, ten new character skins, and a special Angry Birds Character Creator item for use in-game, any fans of the classic series will have their chance to show off their love in Minecraft’s Bedrock Edition. The DLC is available now and will be available within the Minecraft Marketplace alongside the new character skins as well.

So, if you’re either a fan of Angry Birds or Minecraft or maybe just looking for new and exciting ways to play Minecraft itself, this is the perfect DLC pack for you! To get involved, you can find Minecraft for only $6.99 on the official website, and from there, you can then purchase the Angry Birds DLC for about $9.99, so get out there and bring down those pigs!
Looking for more kid-friendly games for your little tots? Check out our Top 10 best family games for iOS!