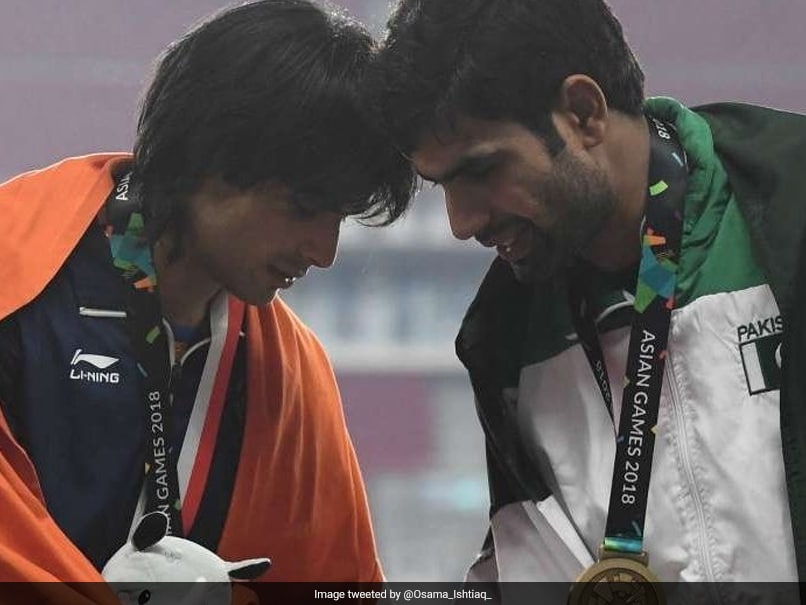 Arshad Nadeem gave Pakistan its first javelin throw gold with a Commonwealth Games record mark of 90.18m. With the feat, Arshad, who was wearing a strapping around his right arm, beat Indian javelin thrower Neeraj Chopra’s Tokyo Olympic throw of 87.58m, which helped him win gold, and the World Athletics Championship throw of 88.13m, which helped the Indian athlete win silver. Neeraj had to pull out of the Commonwealth Games due to an injury which he suffered during the recently-concluded World Athletics Championships. Arshad beat a field that had two-time world champion Anderson Peters.

Neeraj was quick to acknowledge Arshad’s efforts, which helped him win the gold medal in the Commonwealth Games javelin throw final. 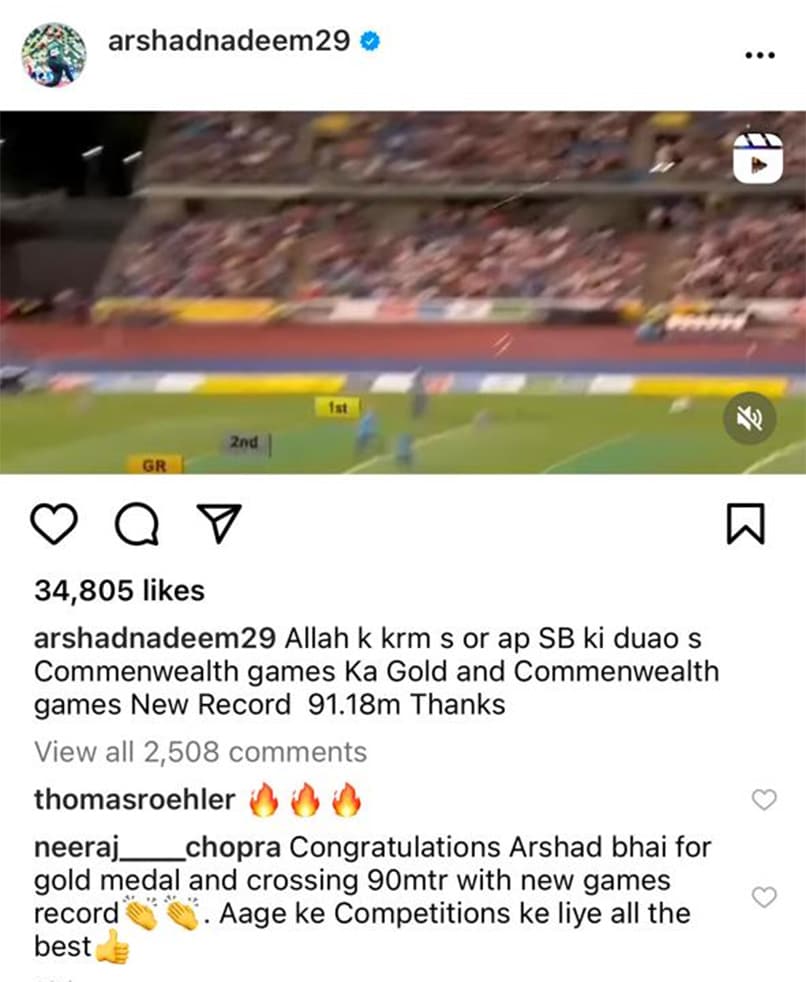 Arshad had finished fifth at both the Olympics and the Athletics World Championships with throws of 82.91m and 86.16m respectively.

His throw of 90.18m was the third best throw this year after Grenada’s Anderson Peters and Jakub Vadlejch throws of 93.07m and 90.88m, respectively.

In Neeraj’s absence, India’s D.P. Manu finished fifth with a best throw of 82.28 while Rohit Yadav was placed sixth with an effort of 82.22 metres.

Chopra recently informed that his recovery is underway and added that he is happy to see the Indian athletes shine at the ongoing event in Birmingham.

“Hi everyone. I’ve been away working on getting back to fitness, but it has been amazing to see our Team India athletes do so well in Birmingham!” Neeraj said.