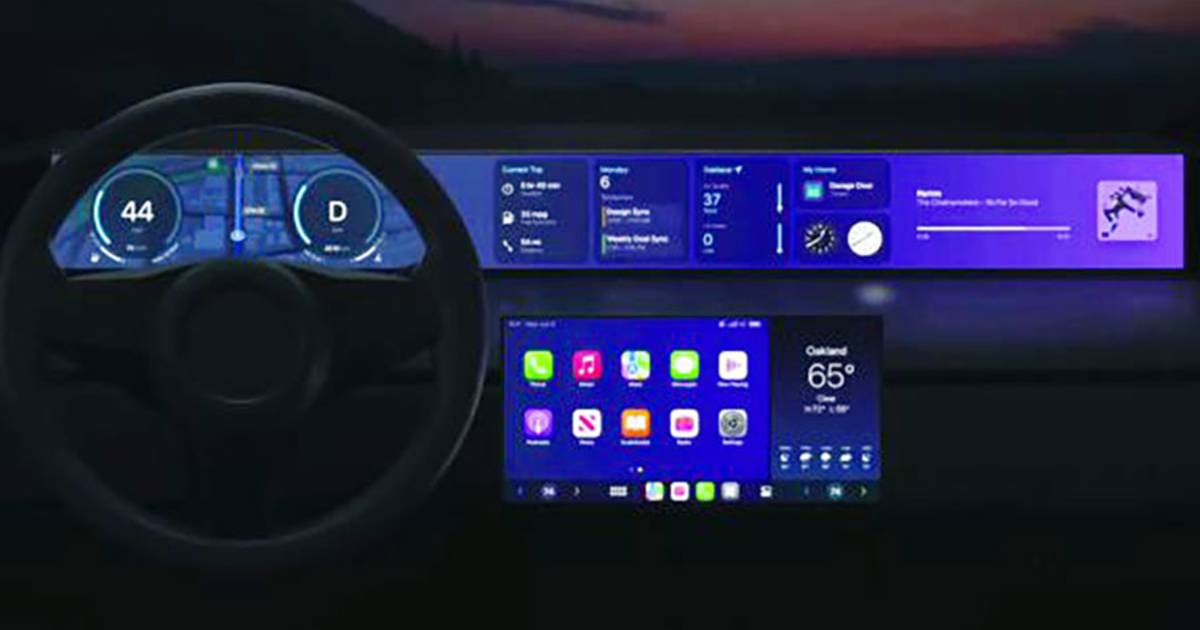 When Apple introduced CarPlay in 2014, several German automakers including Audi, Mercedes-Benz and Volkswagen expressed concerns about losing infotainment data such as navigation search. Toyota resisted adding CarPlay and Android Auto, which provides a similar capability for Google’s Android devices, until 2018.

Because CarPlay is uniform across all vehicles, automakers relinquish brand differentiation on in-dash displays to Apple and Google. In its current iteration, automakers restrict CarPlay to a vehicle’s center-dash display and allow it to duplicate iPhone apps for calls, messages and navigation. The system includes third-party apps, including Waze, Spotify, ChargePoint and others. Drivers control the apps via a car’s touchscreen and voice control.

The latest version of CarPlay reaches even deeper into the dashboard and “communicates with your vehicle’s real-time systems,” Emily Schubert, Apple’s senior manager for car experience engineering, said at the Worldwide Developer Conference.

And it can add customizable widgets to car displays that show calendar items, weather information, address book contacts and more from a connected iPhone.

Given their long product lead times, automakers would need to start implementing the new version of CarPlay soon. But Rob Passaro, an automotive technology and product management consultant who worked closely with Apple while at BMW, said he hasn’t heard of any automakers proceeding with its implementation since the announcement.

According to Schubert, 98 percent of new vehicles now come with CarPlay and 79 percent of buyers “only consider CarPlay-capable vehicles” when shopping for new cars.

“Trying to boot CarPlay at this point is a pretty big risk,” said Mike Ramsey, a Gartner automotive and smart mobility analyst.