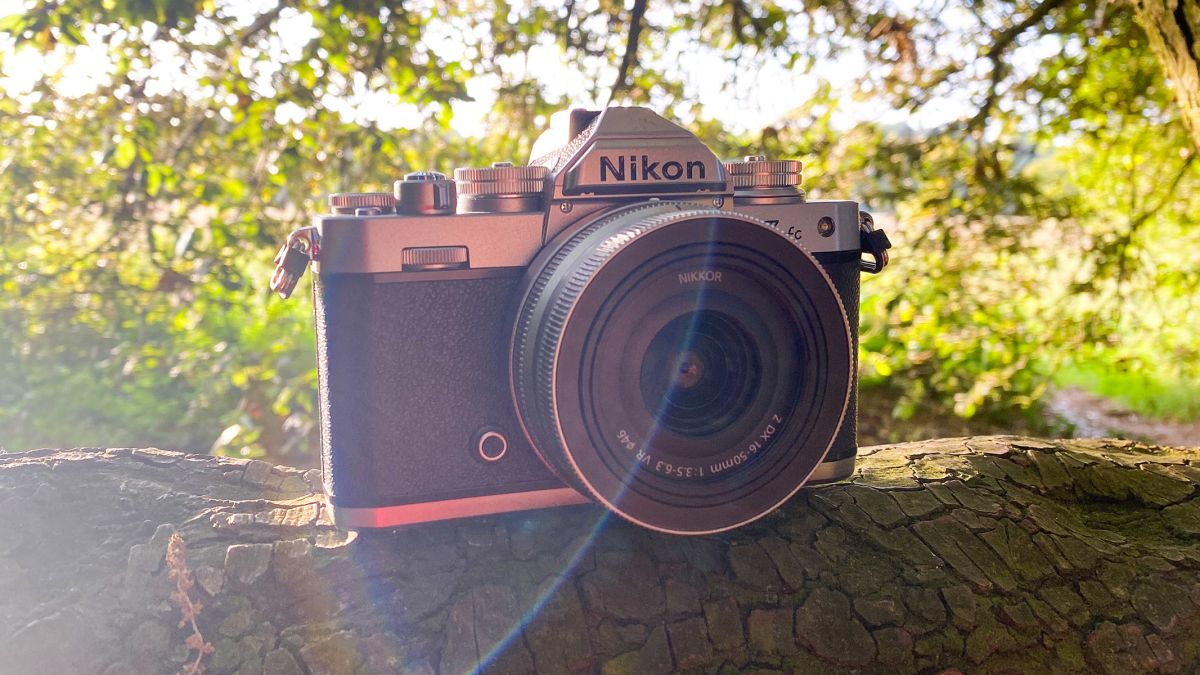 Ad P
After the Z50, which shares an almost identical setup to the Z fc, this is only Nikon’s second attempt at a crop-sensor mirrorless camera. Released in 2021, the camera looks to strike a balance between the serious amateur and the beginner photographer — the ‘c’ in the name denoting this is a setup most at home with the casual image-maker.

In this article, we’ll be taking a deeper look at the design, performance, and day-to-day usability of the Z fc and assessing its value for money versus its nearest competitors.

The first thing you notice about the Z fc, perhaps one of its outright strengths, is that it looks completely timeless. If you take your dad’s old camera off the shelf and compare it like-for-like, there’s very little in it visually, and that’s because the Nikon Z fc is inspired by and essentially modeled on Nikon’s very own FM2, sold by the brand from 1982 until the early 21st century in semi-professional, advanced-SLR guise.

It’s worth dwelling for a moment on the design of the original FM2. It was never created for outright beginners but rather marketed toward serious photographers who required a rugged, dependable, and easy-to-use workhorse. Nikon succeeded, and it became one of the best tools for its craft. Through this lens, the Z fc’s design is arguably as successful. Although it benefits from modern technology and automation, the ergonomics, styling, and positioning of all the controls and dials work just as well. For anyone with any hands-on time on the FM2, or indeed most SLR cameras from the later half of the 20th century, using the Z fc will be like returning to a familiar friend.

Although Nikon have used automation to largely their advantage with the Z fc, one thing we did miss was the lack of an aperture control ring on the lens. This would have added to the retro appeal and genuinely aided users who want to run their setup in manual mode. For this reason, we found the Z fc to be best operated with some options on ‘auto,’ but more on that later.

With the design and form of the Z fc and its leaning towards street and travel photography, it’s little wonder that the AF modes prioritize people, the camera does an excellent job of tracking faces and movement that it sees in front of the lens. The crop sensor is the same as the Z50, a 20.9 million-pixel offering that looks sharp, delivers impressive dynamic range and operates effectively in various lighting scenarios.

We were especially impressed with the overall speed of the camera’s operation — it’s ready to take pictures in less than a second after starting the camera up, and the focus operates exceptionally quietly, which is a bonus and works well for those subtle street photos, too. We did experience a little ‘focus hunting’ when we presented the camera with a mixture of shadow and light. Still, it didn’t affect casual use and the touchscreen ‘press to focus’ option, as has become de rigeur for tilting LCD screen cameras, is an excellent addition and operates how you’d expect it to. Indeed, we found the touchscreen to be very responsive, pleasant to use and with minimal input lag.

If you’re looking for outright performance in continuous or burst mode, this is one area of the camera’s operation that leaves a little to be desired, with 11fps supported for 22 frames before SD card buffering takes over. To be honest, we didn’t think it’ll matter for most users, but without being able to support the latest SD card technology, those wanting to take photos of sporting events or continuous action, in general, may want to look elsewhere.

When it comes to ISO, it performed slightly better than expected, with values up to ISO 1600 producing no real noticeable noise. In fact, all the way up to 12,800+ produced acceptable results and twinned with the 16-50mm f/3.5 lens (the lens we tested), the camera reproduced everything with the clarity and sharpness we’ve come to expect from modern-day point and shoots.

The functionality of the Z fc harks back to its design, with big, retro dials for ISO and shutter settings, the camera works extremely well in ‘hands-on’ mode. It is genuinely very enjoyable to play around with speeds and shutter settings as you would on a film camera, but with the added technological benefit of seeing your manipulation on the screen as soon as you’ve pressed the shutter release. When folded away, we also liked that the simulated ‘texture’ on the back of the screen can also trick the mind into thinking there’s no screen at all. Nice attention to detail.

From a functionality and usability perspective, we thought that this was again one of the camera’s strongest areas – as well as the design being fantastic to look at, it legitimately informs the usability, which is lovely to experience. Depending on the kind of photography you’re looking to capture, there’s a good chance there’s the right lens for the job available, too. We tested the Z Fc with the adaptable 16-50mm lens, which is an attractive silver color and by rights, should find a good market amongst vloggers and videographers when twinned with a good microphone. We would argue that video is not this camera’s native environment. Still, for beginner or casual videographers looking to expand their knowledge, little touches like a microphone peak meter are nice to see, and most content creators would be amply satisfied.

For travel photographers, street photographers, or those wanting to capture compelling night sky images, we recommend going prime. The Z fc can ship with a 28mm f/2.8 lens, which we’d argue would marginally be the more appropriate lens choice for a camera like this. Again, as we’ve stated before however, we were disappointed by the lack of an aperture control ring on any lens available which somewhat dampers the film camera aesthetic, albeit not dramatically.

Should you buy the Nikon Z fc?

We think the Nikon Z fc hits the sweet spot in terms of mixing functionality, design, modern technology and a gorgeous retro aesthetic that is a joy to look at. The camera doesn’t look at all out of place within a lineup of cameras ten times its age. Although that may seem a slight anachronism, for looks-conscious snappers there’s no doubting the appeal of the timeless beauty of the original SLRs.

The manual controls of the Z fc echo cameras of a bygone era, too. While we would have liked to have seen more simple, intuitive aperture controls on the lens, if you’re just starting out and looking to get to grips with the science behind the tech, this would be a brilliant way to go as you can instantly see the differences you’re making to your photographs with basic manipulation of the shutter and ISO settings on the top of the camera.

If the Nikon Z fc isn’t for you

One of our minor criticisms of the camera is that its longevity among the more experienced photographers may be limited, many will look to upgrade to the likes of the Canon 5D MKIII (opens in new tab) and more elderly Nikon D750 (opens in new tab), which second-hand, are looking like great deals at the moment. If you want to stick to the retro aesthetic, there’s also stiff competition from the likes of Olympus in its OM-D E-M10 Mark IV, which we reviewed recently, and Fujifilm’s X-Pro 3 (opens in new tab).