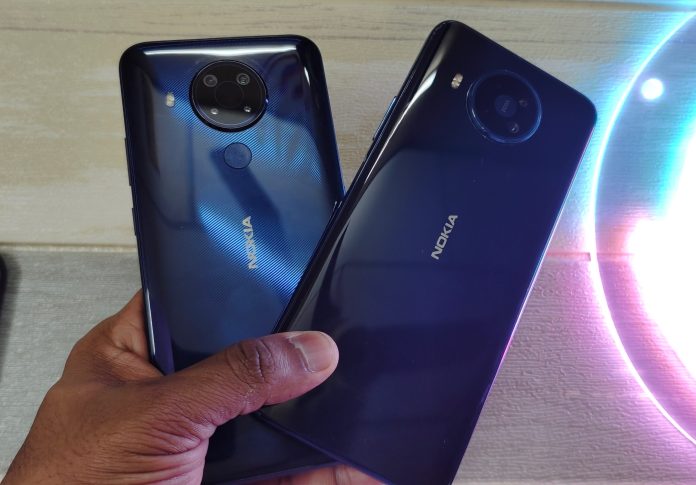 The Nokia 5.4 which was released in December 2020 with Android 10 onboard has started to receive the final major Android upgrade. In my previous video, I had shared my experience of getting the update via the VPN method. While this method works for some, there are a few who could not get it to work with the VPN trick. Do note that the VPN trick is meant to bypass geolocation limitation of the devices as updates are usually sent on waves across the globe. The VPN method works only if the hardware is meant for an update but yet to receive it due to difference in location. The Nokia 5.4 has various models ,namely TA-1333, TA-1340, TA-1337, TA 1328 and TA-1325. The model with me is the TA-1325 with which the VPN tricks works fine. For those who are not able to get it, do check on your TA series and if any other markets have received the update, set the VPN to the particular location.

With that out of the way, a lot of owners are curious with the camera performance. Since there was no change in camera firmware, I do not think there will be new changes, perhaps only camera stability.

I have reported a bug related to wallpaper in my twitter. I am yet to see if it goes away with a factory reset , so do stay tune in twitter for that update. I am glad that the general performance is good. I have yet to experience any crashes, apps launches as it was with Android 11 and battery life is good.

The device in comparison that I have with me is the Nokia 8.3 5G. The Nokia 5.4 has a pretty good setup for a lower midrange device. A 48MP primary camera, a 5MP ultrawide ,a 2MP macro and a 2MP depth. While it lacks Pureview or Zeiss branding it does suppport OZO audio recording and cinema mode. No 4K recording either but a 1080P at 60FPS is more than adequate for many.

In my previous comparison video in my Youtube channel, I have shown how the audio output is the lowest among the other devices I have reviewed. So, is that still the case here?

You can catch that and more in the video below. In the mean time, some samples from both Nokia 8.3 5G and the Nokia 5.4.

The Android 12 update has added value for the Nokia 5.4. The update is pretty stable and for those yet to receive it, I do recommend waiting for the official upgrade to arrive which should be just around the corner.

For those of you that have received the update, do share your location and model number, and do highlight if there are any bugs noted

As always, do take care.