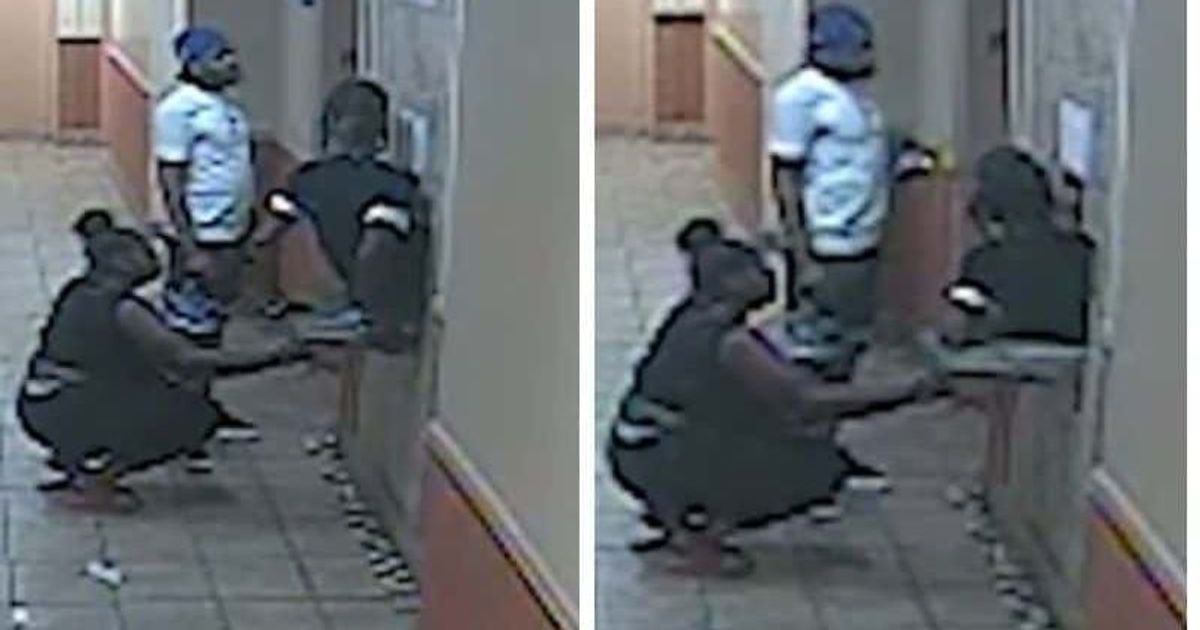 Ad P
BROOKLYN, NEW YORK CITY: On Friday, August, 12, in Brooklyn, the New York City police found a man inside the trash compactor with injuries indicative of being “crushed” by the compactor unit. Security camera footage from an apartment building in Medgar Evers residences in Brooklyn shows moments before when a man climbed into a garbage pit and plunged to his death, as a woman and another man looked on. The unidentified man was later found mutilated at the bottom of the chute. He had plunged to his death 15 minutes before his body was discovered. No proof within the CCTV footage shows keys being dropped into the pit.

The man is seen talking to another man before opening the garbage chute’s hatch and sliding half of his body inside. He then appears to sit on the open hatch as a woman joins the pair. She holds the bottom of the hatch as if making sure the man doesn’t fall from his seat in what turned out to be his last moments, the video shows. He then seems to sit on the edge of the trash pit before deciding to lay down on the pit’s hatch, held down by the woman, to go down the abyss. The NYPD has not commented on why the man went into the garbage chute, but neighbors are saying he was trying to retrieve his keys.

Man dies after friend pumps air up his rectum, cops wonder if it’s prank or murder

Authorities are also looking into whether the victim died directly from the fall or if he had mistakenly gone into the compactor portion of the dumpster, where he was found disfigured. The man and the other man continue to talk before his body is completely inside the chute and the hatch is closed. The woman and the other man then lean inside the garbage pit to check on their friend, using their phones as a source of light. Then the other man goes inside the chute with his two arms and head, while the woman holds onto his lower body in a bid to prevent him from falling in.

Police said they don’t know if the man lived in the building. “If you throw your keys in the incinerator, leave them,” Anthony Gordon, 60, who is a resident on the fourth floor of the building, told the New York Post. “You can always get more keys made, but you can’t get another life.” “Why would you go get your keys in the incinerator?” Gordon further said. “I’d leave them down there, wait for maintenance to come, or get another pair made. I dropped my keys in an incinerator one time and I left them there,” he added. Prince Watson, who is another resident living on the building’s fifth floor said he had never seen the people in the surveillance footage but did mention that seeing strangers in the apartment complex was not uncommon. “I’ve never heard of anything like that before, but that’s 2022 for you,” Watson, who is 30 years old, told The Post. “That is just dumb,” he added. “They must not have common sense because you go to management to retrieve new keys. You don’t play next to nothing like that.”