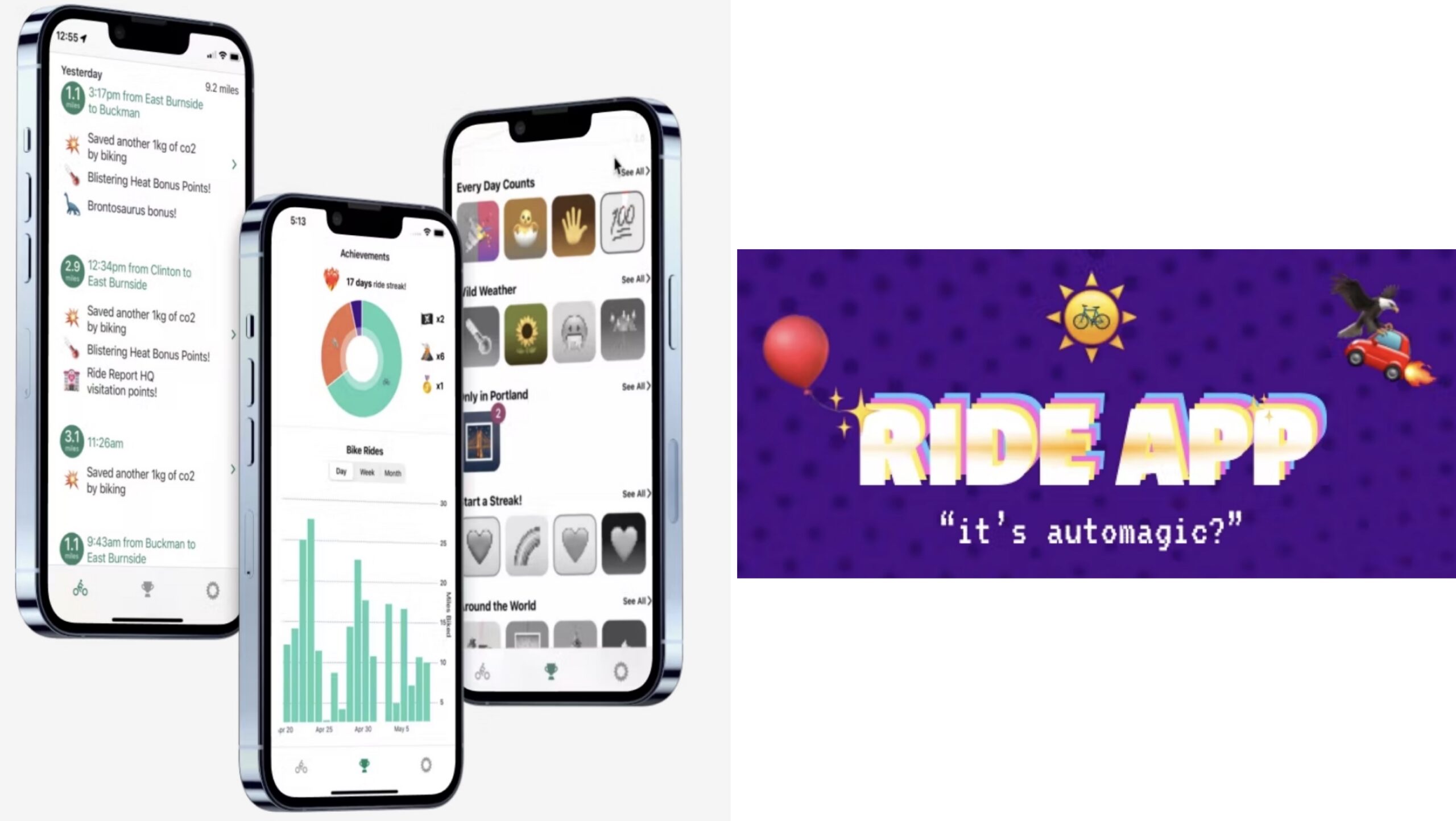 As e-bike purchase incentive programs grow, having data to justify their impact could be key.

Ride App, a smartphone application started in Portland that automatically tracks bike rides, has relaunched after going dark for three years. And while every bike user is welcome to use it, Ride App’s relaunch was precipitated by the national electric bike boom that took place during the pandemic. The new version of the app will encourage more electric bike usage and use the data it collects to promote e-bike incentive programs.

Portland-based tech entrepreneur and bike advocate William Henderson started Ride App to complement his company Ride Report, a platform that aims to help cities with shared micro mobility programs. In 2019, he decided – with a heavy heart – to take the app down and focus on other aspects of Ride Report. But Henderson took a look at the e-bike adoption happening nationwide and saw a new need for this kind of ride tracking app.

“I think we have an opportunity to really harness what’s happening with people naturally buying the e-bikes and make it much more impactful,” Henderson told me on a recent phone call.

According to the Ride App team, much of the new interface is the same. The main difference is that users are asked to report whether they’re riding an electric or regular bicycle when they set up their account, which is included in the data the app collects and reports to cities and other governments.

E-bike incentives are popping up throughout the country and Henderson thinks app data can serve to boost the efficacy of these programs. The Ride Report team first relaunched the new app in Denver, where a new e-bike rebate program is encouraging an unprecedented number of people to buy electric bikes.

“As people inevitably start to scrutinize these programs, somebody somewhere is going to be angry or worried about what’s going to happen. Cities need to be able to have data that proves that this is impactful,” he said.

The fact that this app tracks rides automatically is crucial for gathering data. People won’t always go out of their way to begin a trip on an app if it doesn’t do it for them, and then the app will just get lost in their smartphone’s proverbial junk drawer. This means people aren’t tracking every ride they take, which limits what analysts can glean from the app.

“We know that the trips that are going to be most interesting to bike planners are the kinds of sort of short errands and commutes, not epic 80 mile rides,” Henderson said. “I think that’s one of the things that makes the app unique. We know these e-bike trips are pretty short – a lot of them are not recreational. You have to have that automatic ride tracking technology.”

Another reason the Ride App team is excited about the relaunch is because they think it can provide another incentive for people to ride their bikes – which will hopefully result in a positive cycle of more e-bike ridership encouraging more e-bike rebates (and so on).

“Folks have already taken advantage of the financial incentive to get them over the fence. What are those folks doing now that they have this bike in their garage or their apartment?” said Nelle Pierson, a bike share and nonprofit advocacy veteran who now heads marketing at Ride Report. “We want to be there facilitating that transition to using that e-bike for the majority of their trips.”

These in-app incentives include trophies and rewards for riding certain places or in rough weather. This might seem small, but to someone who isn’t naturally inclined to hop on a bike to get somewhere, something like this could be the push they need to get on their bike that day.

“It’s just built to be fun. It’s not built to be competitive in a way where you’re trying to be the fastest or anything like that,” Henderson said. “I think everybody can have something that they can be proud of and feel really good about.”

We recently looked into a new Portland State University study that explored the importance of using different types of data to count how many people are biking in an area so agencies can use that information to make policy decisions. This relaunched app is yet another type of data collection service to add to the mix.

The Ride App team says the easiest way to download the relaunched app is by going to their website on your phone. It’s still early days, so they’re seeking feedback from all bike users about how to make it better, either via Twitter or the feedback feature in the app.

“Hopefully, folks will find that the app is just the same old app that they used and loved, whether they’re riding an e-bike or not,” Henderson said.

Taylor has been BikePortland’s staff writer since November 2021. She has also written for Street Roots and Eugene Weekly. Contact her at [email protected]