Ad P
Ranbir Kapoor and Anil Kapoor will be sharing screen space in their upcoming film ‘Animal’. Now, a picture has been leaked over the internet from the sets of the film where RK and AK can be seen sporting a clean-shaven look. According to a report, the cast is currently shooting at Saif Ali Khan‘s Pataudi Palace in Delhi. Both the actors were donning black outfits for the shoot. Anil wore a shirt teamed with pants while Ranbir was in a turtle-neck t-shirt paired with matching trousers and shoes. The picture was shared by a make-up artist with the Instagram account @anamkhanmakeup.

Check out the photo here: 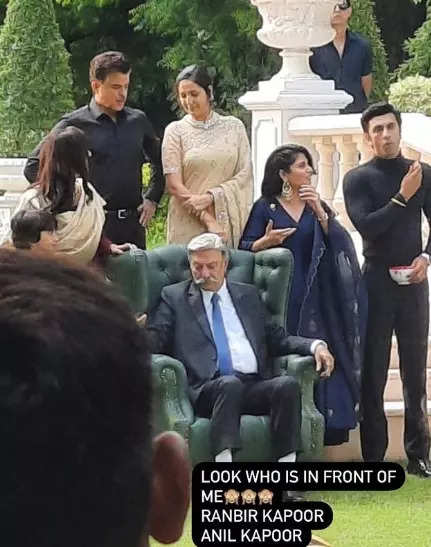 Also, Back in April, the film team shot in Manali and the pictures of Kapoor and Rashmika from the shoot had surfaced on social media.

Meanwhile, apart from Ranbir and Anil, the film also features Rashmika Mandanna and Bobby Deol. Reportedly, Anil will be essaying the role of Ranbir’s father in the film while Rashmika as his wife.

The film is directed by Sandeep Vanga Reddy.