Ad P
Ranbir Kapoor’s period action film ‘Shamshera‘ that had a slow start witnessed a big fall on Monday. The film hardly saw any jump on Sunday and on Monday, the collections dropped about 65-75% from Friday. The Karan Malhotra directorial collected around Rs 2.75-3 crore nett on Monday, reports Box Office India. This takes the total collection of the film to Rs 34 crore nett in four days.

Shamshera’s slow box office start had got the trade circles worried early on. Speaking to ETimes, Taran Adarsh had said, “The industry should know that content is king, and that’s true for all seasons. In this case the content was outdated and in the age of OTT you have crows flying around in the visuals of ‘Shamshera’ and it doesn’t sit well. Even though Ranbir is good in the film, the performance does not really matter when the content is so bad. It is a wake-up call for the entire film industry. You have seen RRR and KGF, so you should realise what the audience wants.” 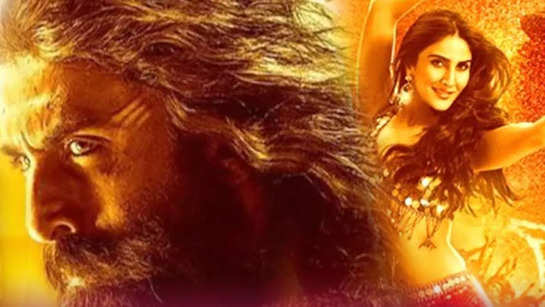