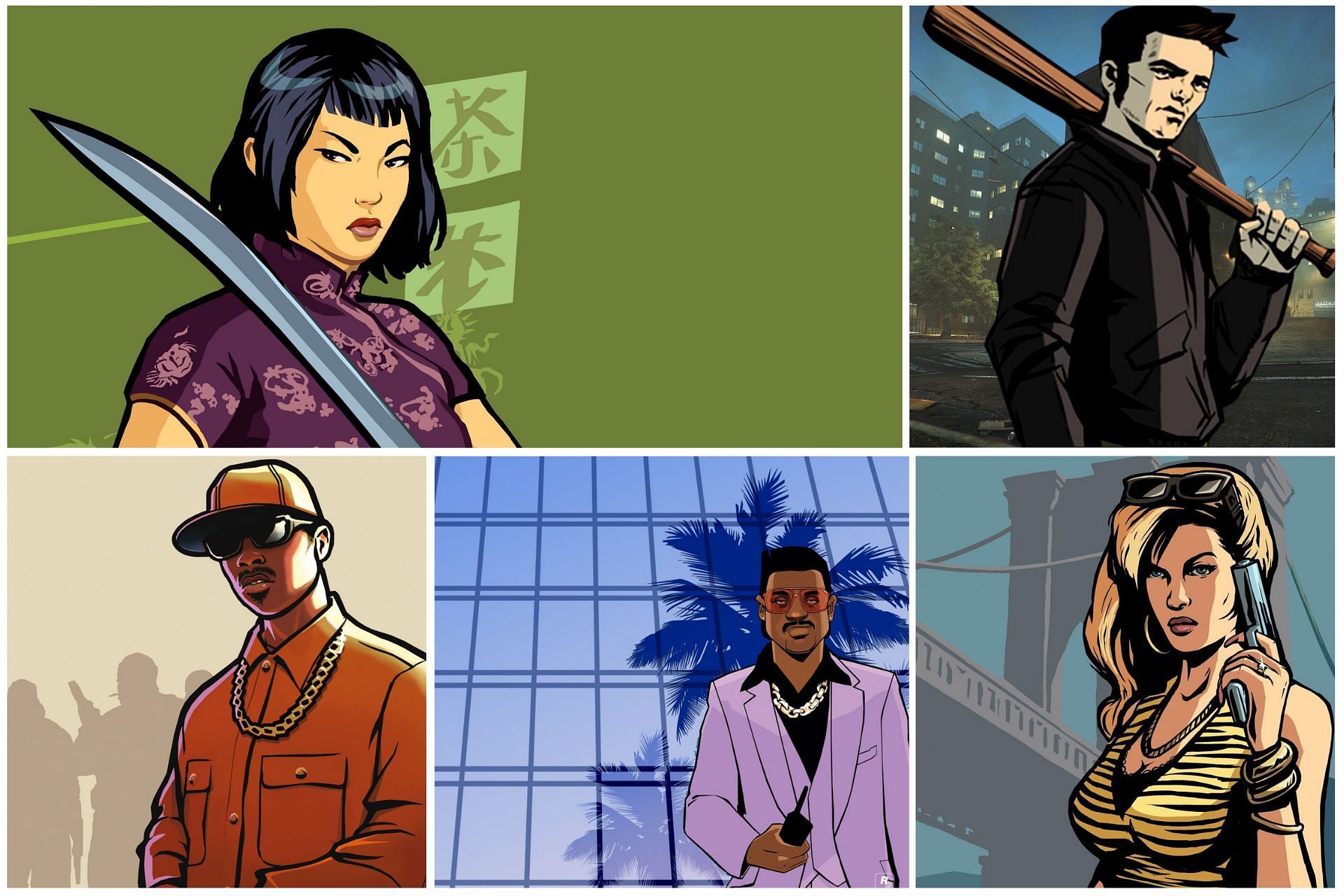 - Advertisement -
The action-adventure world of gaming is quite familiar with the GTA titles that have been Rockstar Games’ magnum opus. Each game has its own storyline and backdrop, making it unique despite having similar themes of missions and exploration.

Despite being available on a wide range of platforms, most of the titles are not available on mobile devices. Only five games can be downloaded from the Google Play Store and the Apple App Store out of all GTA titles.

Rockstar Games introduced a mobile version of the immensely popular Grand Theft Auto: San Andreas to celebrate the tenth anniversary of the action-adventure game. The game has over a million downloads on its mobile gaming platform.

The story follows Carl Johnson and his quest to restore peace in a neighborhood torn by gang wars. The game takes players across three major cities – Los Santos, San Fierro, and Las Venturas, and allows them to enjoy over 70 hours of gameplay.

Game ratings have dipped in the recent past due to faulty controls and frequent crashes. However, players are hopeful that the situation will improve once the game receives a major update.

GTA: Liberty City Stories is the lowest-rated game on this list and is criticized for its poor controls and intermittent crashes. Several other bug fixes desperately need the developers’ attention.

Despite the poor comments, players can look forward to the game’s story that involves political corruption, drug trafficking, and a variety of crimes. Players will take on the role of Toni, whose main mission is to bring the Leon family under control.

The game has shorter, streamlined missions meant for mobile devices. One of the few good features of Liberty City is that it allows cross-platform saves that players can access via the Rockstar Games Social Club.

Similar to San Andreas, Grand Theft Auto: Vice City was also released to celebrate the tenth anniversary of the title. The game has a rating of 4.2 stars on the Google Play Store.

Set in the 1980s, mobile gamers get to take on the role of infamous gangster Tommy Vercetti. The open-world gameplay of the game allows players to explore the city and complete exciting missions to win rewards.

Game controls have been optimized to be better suited to mobile devices. Players can also use wireless game controllers and USB gamepads to enjoy the title if they are uncomfortable with the touch-screen controls.

Grand Theft Auto III also has over a million downloads and a rating of 4.1 stars on the Google Play Store. Like other GTA titles, it can be enjoyed even without an internet connection.

The game takes players to the gritty underworld of a fictional place called Liberty City. From encountering interesting, non-playable characters to completing exciting missions, there is no dearth of activities that players can engage in.

The graphics, characters, and vehicle models have been updated to provide a better gaming experience to mobile gamers. The video display settings ensure that players have an immersive experience while playing the game.

The theme of this Rockstar Games title is very different from the other games on the list. The game’s graphics have a yellowish tint that stands out because of its uniqueness.

Mobile gamers will have to follow in the footsteps of Huang Lee and will have the chance to encounter the fearsome Triad gangs of the city. As players progress through the story, there will be quite a few main story missions and side missions to complete.

The game comes with Android TV support and is compatible with Bluetooth and USB controllers. It is also equipped with widescreen resolution support.