Ad P
Love him or hate him, you certainly cannot ignore him. Such is the enigma of Ranveer Singh. Known for his maximalist taste in fashion, the quintessential Sindhi lad broke the internet last week as he went bold and bared it all for the latest cover of Paper Magazine. Make no mistake, it’s not everyday that you see a Bollywood A-lister pulling off a daring act like this for an international magazine, but Ranveer did it and how! In Ranveer’s own words he ‘busts his ba**s’ and works ‘20-hour days’. Well the result was out for everyone to see and it’s not often that you get your name mentioned in the same sentence as American pop culture icon and sex symbol Burt Reynolds.

A bold move it was and one can only expect Ranveer to pull it off with such an ease and then go on to say that he can be naked in front of a thousand people and not care about it. The pictures were (obviously) met with mixed reactions, with fans stanning their favourite star and others lambasting the actor for crossing a line. But when has nudity as an art ever been unequivocally accepted with open arms? About 27 years ago, when Milind Soman and Madhu Sapre posed naked with a snake wrapped around them and a pair of shoes as the only accessories, they stirred up quite a controversy. And then again, when Milind dared to run naked on a beach in Goa in 2020, he had a case registered against him. Poonam Pandey, Esha Gupta, Sherlyn Chopra, Kalki Koechlin have all been at the receiving end of flak when they chose to bare it all for the cameras. Interestingly when in 1991, Milind dropped his clothes and was captured artistically by Bharat Sikka for the Saturday Times supplement of The Times of India, there were no protests back then! 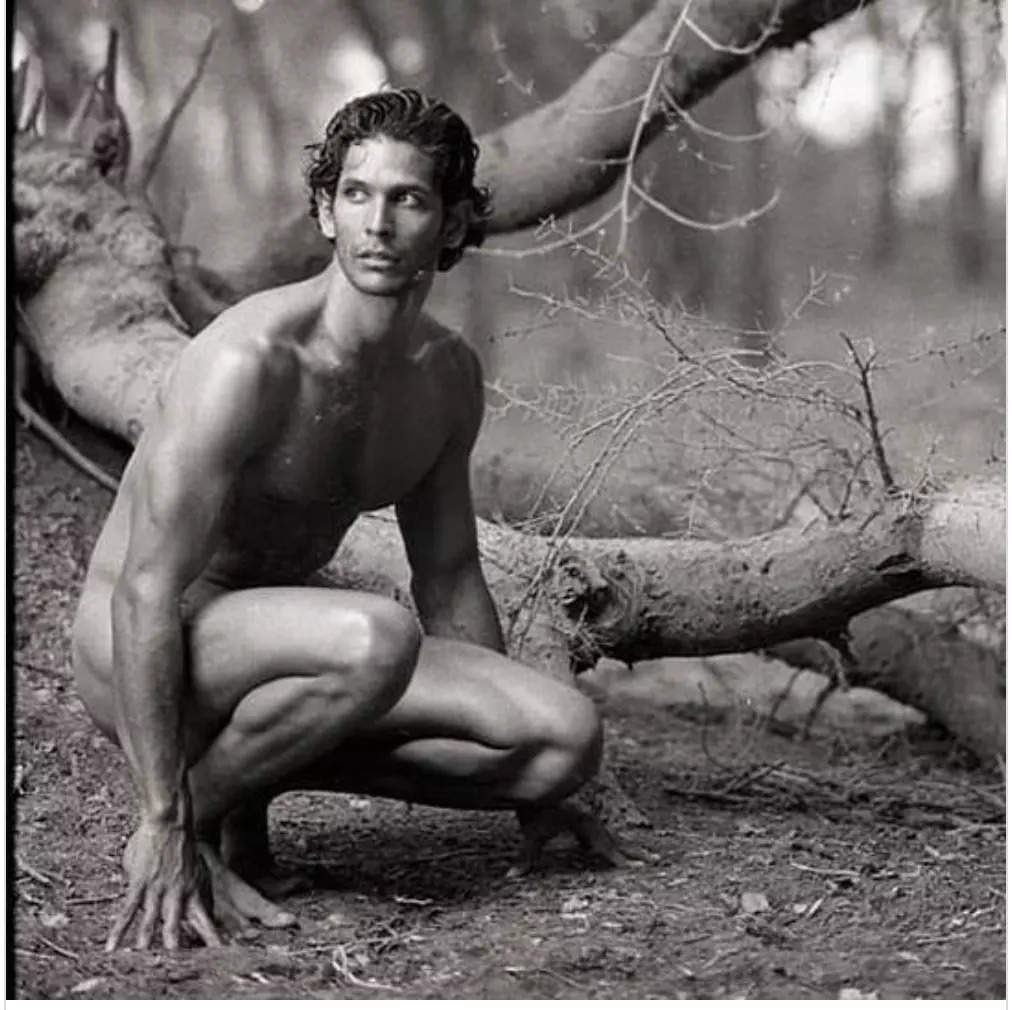 While Ranveer’s photoshoot is still a hot topic of discussion among Bollywood enthusiasts, the actor found support in the likes of Alia Bhatt, Arjun Kapoor, Swara Bhasker, and of course wife Deepika Padukone, who says she was in on the entire process of the shoot and happy to see hubby naked on a Turkish rug. Au contraire, an FIR has been filed against Ranveer Singh for posting the nude pictures from the photoshoot on Instagram.

“What’s wrong in Ranveer’s picture? Absolutely nothing,” says Bollywood’s ace photographer Rakesh Shreshtha. “Sensitive or private parts of the body are not on display, so where’s the obscenity factor? On what grounds are complaints being made then? It is just that people who want to extract mileage for themselves are shouting hoarse about this. Tell me, is it the first time that a celebrity has done such a type of shoot? No, it is not. Is he causing any harm to anybody with these pictures? No, he is not. Then, why make such a big deal about it? In fact, Ram Gopal Varma was right in saying that if women can do such photoshoots, why can’t men? Let me conclude by saying: Just ignore these pictures if you are offended, it’s as simple as that,” he says.

Shreshtha was referring to RGV’s interview with ETimes where he had said, “Think it’s his way of demanding justice for gender equality. If women can show off their sexy bodies, why can’t men? It’s hypocritical that men are judged by a different standard. Men should have as many equal rights as women. I think India is finally coming of age and I think this is Ranveer’s statement on gender equality.”

Fashion photographer Atul Kasbekar, the lensman behind all the Kingfisher calendar shoots, thinks it’s a terrific set of images. “Ranveer is who he is for a large part thanks to his refusal to conform. His immense talent combined with his maverick choices continue to surprise and delight. You can like him or not (I adore him) but you simply cannot ignore him,” he tells ETimes.

Dabboo Ratnani too agrees that there is absolutely nothing vulgar about Ranveer’s pictures. “He is a very confident man to have pulled off such a shoot. Very few people in India have done this while it is very common abroad, no doubt. Ranveer’s overall sense of dressing too is so different, he is a trendsetter in many ways. Besides, photography is art and frankly Ranveer’s pictures in question are not looking vulgar. To each his own, but yes as a photographer I think the pictures would have been more interesting if they were in black-n-white.”

Nudity is considered a part of expressionism in the world of fine arts. Throughout history we’ve had greats like Pablo Picasso, Edgar Degas, Salvador Dali, going all the way back to the Renaissance artists, and even the old Greek paintings and sculptures, have all relied on the bare body of humans to express deep emotions and themes. There should be no reason why such a brave form of art should not have its connoisseurs in the modern world.

While nudity as a form of visual art has been accepted in Western culture, India seems to still have a long way to go. Surprising when you consider that way before the West started painting or shooting nudes, Indians had been sculpting them on rocks and temples as an art form!

As the discussion around this photoshoot continues, Ranveer is perhaps busy planning yet another quirky move to blow our socks off!