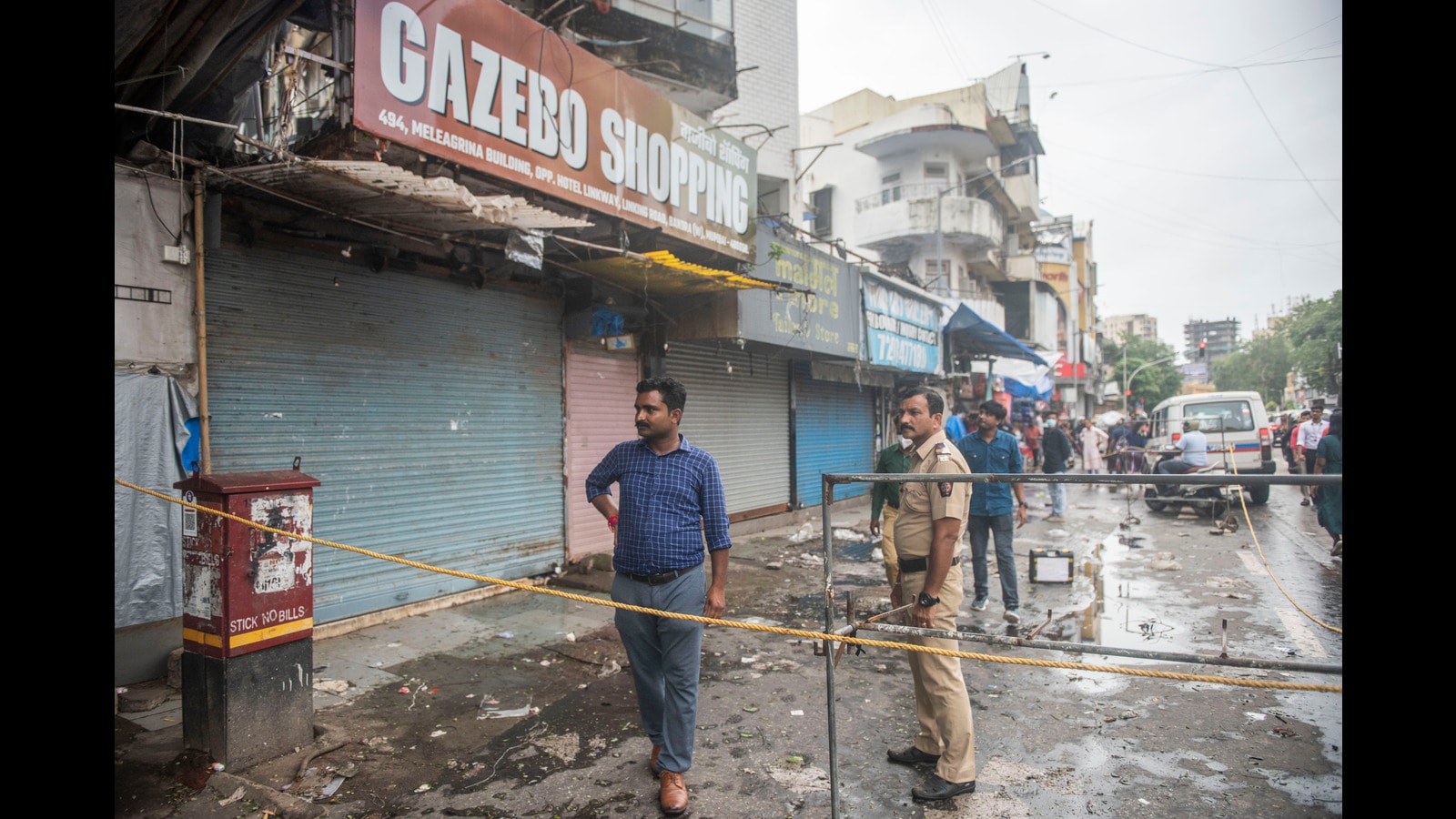 Ad P
Mumbai: The firing outside a shopping centre on Bandra’s Linking Road on Thursday evening is the result of a rivalry between various hawker gangs.

Three unknown persons had fired some shots in the air and fled leaving behind a note threatening to kill those who plied their wares outside Gazebo shopping plaza.

A day later, Khar police said they have identified the three shooters. The prime suspect, said a police officer, is a resident of Santacruz west and his associates are from Nirmal Nagar in Khar east, though the three are yet to be arrested.

“The police has learnt that the suspects are from a rival group of hawkers which wants to keep their stalls outside Gazebo shopping centre. Several arguments between these competitors have broken out in the past as well,” said a police officer who is a part of the investigating team.

Preliminary probe has also revealed that there was a dispute between the hawkers and a local resident who had also wanted to acquire a place to put up his own stall, said another officer. A case has been registered against unidentified persons under section 307 (attempt to murder) 387 (Putting or attempting to put a person in fear of death or grievous hurt in order to commit extortion) 506(ii) (punishment for criminal intimidation) of the Indian Penal Code and relevant sections of the Arms Act.

Aftab Siddique, chairperson of the 33rd Road ALM, who has taken up the issue of hawkers on Linking Road for over 15 years said Thursday’s shooting was, in essence, a gang war between hawkers at Gazebo centre’s ground floor premises which is under litigation since 2008, and where over 150 hawkers have illegally made 10×10” pitches.

“It was earlier an Open House eatery. Now, it is a long stretch where hawkers have encroached with their pitches and they pay ₹1,100 as hafta per day to seven hawking lords from one gang who operate like slumlords at Gazebo,” said Siddique.

The hawking lords have earned the moniker of Linking Road’s “vasooli gang.” They monitor illegal hawking and even deal with police and civic officials for smooth operation of their business.

“Now they have even captured the road outside Gazebo. But there is a new hawker gang which has been trying to capture the Gazebo area since April this year. It is an unruly gang, and allegedly has connections in Arthur Road jail. It is an every day battle between two gangs who want to take over that patch of land. These hawkers often come in either in a BMW or a Mercedes and are known to occasionally carry arms,” said Siddique, adding that Thursday gunfire wasn’t the first incident of aggression on that stretch of Linking Road.

“During Ramzan time on April 14 a hawker pointed a gun and aimed at his rival without shooting; on April 15, another fight broke out between two groups and on April 16, they fought with knives. Police usually mediates between two gangs but yesterday the mediation failed, and shots were fired,” said Siddique. Other local residents who did not want to be named revealed that on June 6, an FIR had been lodged against some hawkers for assaulting a boy and on July 20, hawkers had damaged the CCTV camera of the neighbouring shop while fighting.

The area around Gazebo shopping centre on Linking Road is the most coveted location with hawkers from Bandra, Khar and Santa Cruz all eyeing that prime area. A day after shootout, residents who go for their walks to the neighbouring Patwardhan garden said they were fearful about stepping out.

“Any pedestrian could have been an accidental victim of that firing. It is unsafe and we don’t know who will come armed. We didn’t know those benign-looking hawkers were criminals,” said a resident from Linking Road.

Faisal Qureshi, chairman, Linking Road Licensed Stall Owners Association said the Gazebo property was disputed and that the matter is being heard in the city civil court. “There is third-party encroachment of hawkers from Navpada, Santacruz and Bandra east. We are all scared because we are in proximity to Gazebo. All our customers disappeared by 6.30pm yesterday. It felt like UP, and not Mumbai. Today, though our shops are open, customer footfall has gone down.”

Azmat Sheikh, another licensed stall owner on Linking Road, added: “After Thursday’s incident the entire area around Gazebo is cordoned off. Customers are not visiting our stalls. The fight is over land takeover by hawker gangs who operate illegally, but we are the ones suffering,” he said.