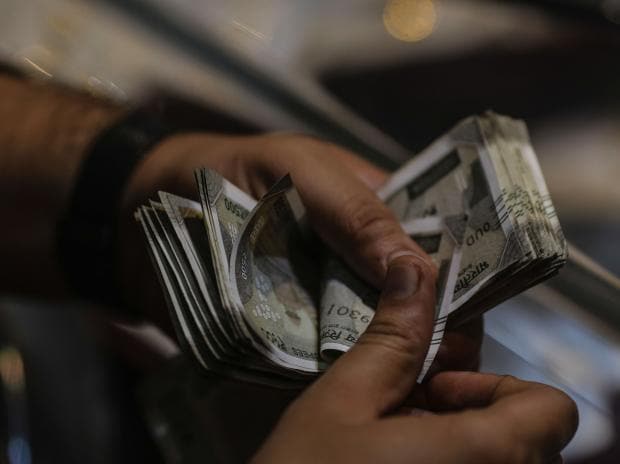 
The rupee appreciated by 8 paise to close at 79.84 against the US dollar on Friday, supported by a weak dollar in the overseas markets and a positive trend in domestic equities.


At the interbank forex market, the local unit opened at 79.87 against the greenback. It witnessed an intra-day high of 79.81 and a low of 79.94 against the American currency during the session.


“Rupee continued to consolidate in a narrow range ahead of the Jackson Hole symposium. Dollar weakened against its major crosses after the GDP number released from the US came in line with expectation,” said Gaurang Somaiya, Forex & Bullion Analyst, Motilal Oswal Financial Services.


Market participants remained cautious as they waited for a speech by the Federal Reserve chairman.


“The Fed Chairman’s speech in Jackson Hole will be scrutinized for any indication that an economic slowdown might alter the Fed’s strategy. We expect the USDINR(Spot) to trade sideways with a positive bias and quote in the range of 79.40 and 80.05,” Somaiya added.


However, caution set in as investors await the Fed Chair Powell’s speech.


“We expect the rupee to trade on a negative note on a strong Dollar and rising crude oil prices. Month-end Dollar demand from importers may also weigh on the rupee. However, positive global equities and FII inflows may support Rupee at lower levels,” said Anuj Choudhary – Research Analyst at Sharekhan by BNP Paribas.


Remittances by NRIs may also support the rupee. Traders may remain cautious ahead of Fed Chair Jerome Powell’s speech at the Jackson Hole Symposium, Choudhary said, adding that the USD/INR spot price is expected to trade in a range of Rs 79.20 to Rs 80.50 in the next couple of sessions.


In the overseas markets, the Dollar Index eased on Friday afternoon trade in Asia ahead Fed speech and PCE price Index data.


The Euro, the Sterling and the Japanese Yen rose on Friday afternoon trade.


Foreign institutional investors (FIIs) remained net buyers in the capital markets, as they purchased shares worth Rs 369.06 crore on Thursday, according to provisional data.