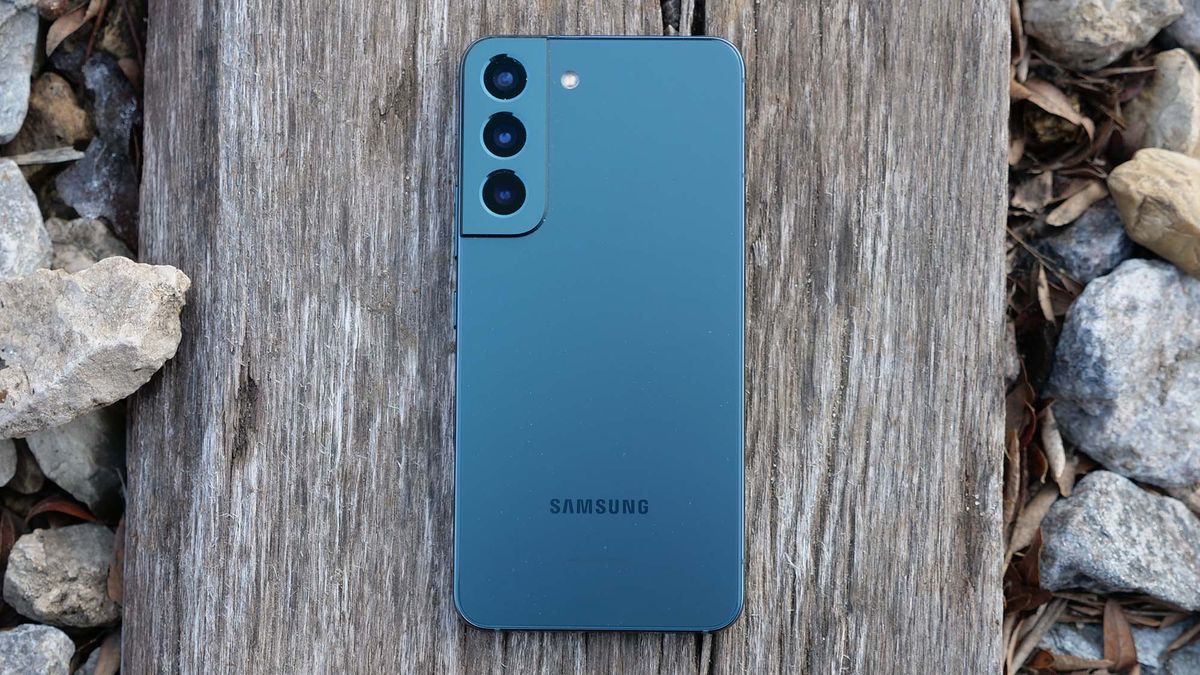 The Android Samsung Galaxy S23 should once again mark the start of a new year of Android flagships when it launches in early 2023. Beyond the potential release date, we already have a slew of leaks and rumors on the next big thing from Samsung.

While Samsung Unpacked unveiled the latest and greatest in Samsung foldables, not everyone is ready to embrace the flipping or folding future and the Galaxy S23 will deliver that comfortingly familiar slab phone form factor with a brand new Qualcomm chip and potentially a massive 200MP camera.

Ad P
Here’s a look at all everything we’ve gathered so far regarding the Galaxy S23.

Samsung naturally hasn’t given us any indication as to when we should expect the Galaxy S23 yet and unfortunately the S-Series launches have been a bit less consistent than the iPhone or the Pixel for example. Last year, the Galaxy S22 launched in February, while the Galaxy S21 debuted in January and prior to that the Galaxy S20 and Galaxy S10 (Samsung skipped some numbers) both arrived in early March.

All of this is to say that while we can safely assume that the Galaxy S23 will launch by early March of 2023, I wouldn’t want to wager a large sum of money on any particular week or month just yet.

Again we have no strong leaks on the pricing just yet, but we can make some educated guesses based on the last few Samsung releases and the competition. The Galaxy S23 should hold the line at $799. Samsung’s experiment in raising the prices across the board for its S-series with the Galaxy S20 failed utterly and with Samsung allegedly abandoning its more affordable FE series that bridged the gap between the Galaxy A and Galaxy S lines the company can’t raise the base price of the Galaxy S23.

However, we could see a price hike for the Galaxy S23 Plus or at least the Galaxy S23 Ultra if the rumored iPhone 14 Pro price increase comes to pass. Samsung couldn’t reset the market by itself last time around, but Apple has the clout to pull that off and Samsung might be happy to follow suit. Conversely, Samsung may see it as a chance to press the advantage and hold steady with its flagship S23 phones to entice prospective iPhone 14 Pro buyers to switch.

Details on the Galaxy S23 cameras are by far the most compelling leaks we have on these phones so far. While there is some discrepancy on whether it will be the original Samsung Isocell HP1 sensor or the more recent HP2, the leaks are all pointing to a 200-megapixel sensor in the flagship Galaxy S23 Ultra. As always the key to this is pixel binning, which will deliver more manageable 12.5MP or 25MP captures from that massive sensor which can then simulate much larger pixels than could plausibly fit in a phone sensor meaning better low-light performance and sharper photos.

After the Galaxy S22 and Galaxy S22 Plus got a substantial upgrade to their primary wide-angle sensor this year, it’s possible we see Samsung stick to it for 2023 as there have been no rumored changes yet. Samsung rumor site GalaxyClub says the same for the 10MP telephoto sensor from the S22 and S22+ is definitely coming back and they believe it will have the same 3x optical zoom.

In more exciting news for S23 and S23+ buyers, once again citing GalaxyClub, both may get an upgraded 12MP front-facing camera, the first upgrade to this camera for a non-Ultra model since 2019.

Shockingly, we have yet to see any leaked renders or even whispers of design changes to the Galaxy S23. Either Samsung has patched some holes in its security or the Galaxy S23 doesn’t look much different than the current models. Considering the Galaxy Z Fold 4 and Z Flip 4 are barely changed from their predecessors the latter feels plausible.

You can pretty safely pencil the Galaxy S23 in for “Qualcomm’s latest,” which should presumably be called the Snapdragon 8 Gen 2. The Qualcomm chip should be revealed at Qualcomm’s annual Snapdragon Summit, which will be held November 15-17 this year.

There are no confirmed specs for the chipset yet, but an early rumor from the leaker Ice universe on Twitter indicates that it is at least outperforming its predecessor when it comes to power efficiency, something that was a bit of a weakness for the 8 Gen 1. This is still built on a 4-nanometer process, so don’t expect a massive generational leap, but a potentially tweaked chip layout could be responsible for the improved power efficiency.

With Samsung essentially retooling its Exynos line and MediaTek lacking a suitable flagship offering, this is really the only option for the Galaxy S23. We should see more leaks bubble up before the Qualcomm event in November.

As for the battery itself, we don’t have any leaks regarding the S23 and S23+ yet, but once again Ice Universe tipped the Galaxy S23 Ultra to feature a 5,000mAh battery, which mirrors the last two generations of the Ultra.

While Samsung’s A-Series may top it in sales, the Galaxy S-Series draws the most attention as Samsung’s flagship line and typically the first Android flagship to launch each year. There are still plenty of details to fill in regarding all three of the Galaxy S23 models, but what we have so far is encouraging.

The new Qualcomm Snapdragon chip is probably the most significant upgrade across the board, we found the Galaxy S22 battery life to be acceptable, but it was no threat to the phones with the best battery life, so the enhanced efficiency is even more enticing than any performance improvements.

As we draw closer to the Qualcomm announcement and move past the iPhone 14 launch in September, the Samsung rumor mill should start churning at full speed. So, bookmark this page if you want to keep up with all of the latest Galaxy S23 leaks and rumors.