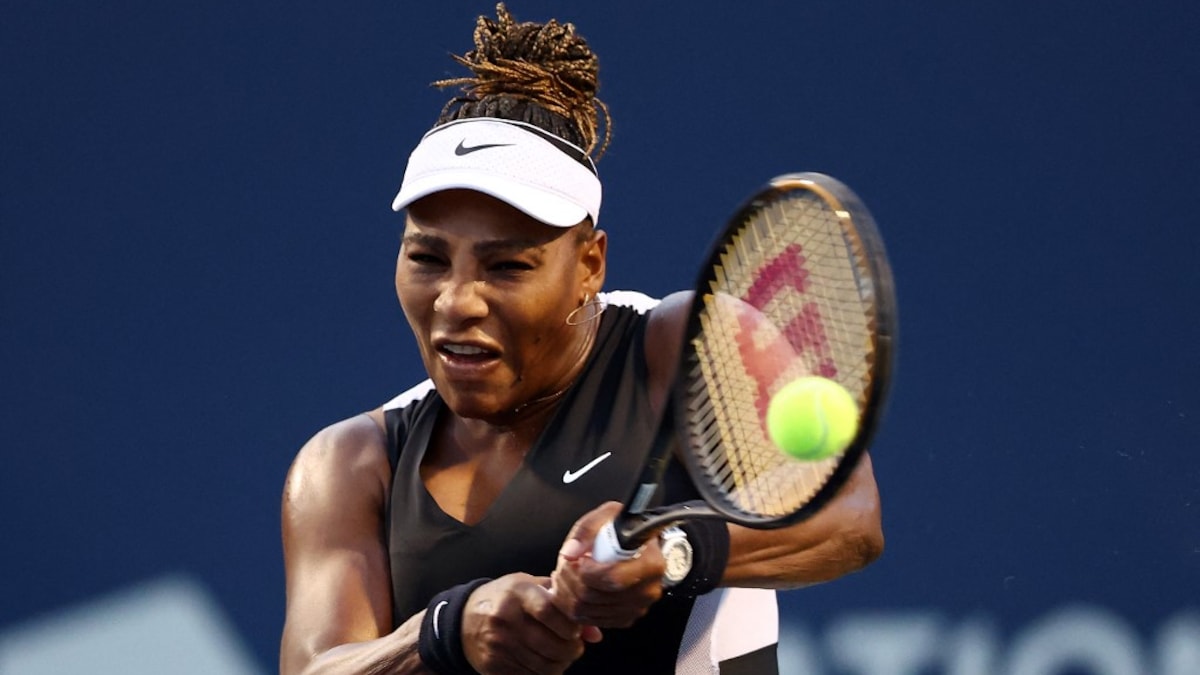 - Advertisement -
Serena Williams, who said this week she will soon call time on her storied tennis career, departed the WTA Toronto Masters for the last time Wednesday with a 6-2, 6-4 loss to Belinda Bencic. The second-round defeat by Switzerland’s reigning Olympic gold medallist was hardly unexpected, with the 40-year-old Williams competing in only her third match of 2022. Bencic fired eight aces and broke Williams twice in the first set and once in the second, advancing on her first match point after 78 minutes.

But as Bencic herself said in the post-match interview on court: “Tonight is about her.”

“I love playing here, I’ve always loved playing here,” she said, choking up as fans who cheered her throughout the match called out their appreciation.

“I wish I could have played better tonight, but Belinda was playing so well.”

Williams, who turns 41 next month, had beaten Spain’s Nuria Parrizas Diaz on Monday for her first singles victory since the 2021 French Open, 14 months ago.

But it sent shockwaves through the sport when she revealed in an essay in Vogue magazine and an Instagram post on Tuesday that “the countdown has begun” to her retirement from the sport.

Williams didn’t specify an actual retirement date but is expected to compete next week in Cincinnati before travelling to the US Open, which starts on August 29.

She has lifted the US Open title six times, including her first Grand Slam triumph at the age of 17 in 1999.

“It’s been a pretty interesting 24 hours,” said Williams, who remains one shy of the all-time record of 24 Grand Slam singles titles won by Margaret Court.

“Like I said in my article, I’m terrible at goodbyes,” she said, her voice breaking.

“But, goodbye,” she said, then adding with a laugh “Toronto.”

“It’s been a joy playing here all of those years.”

Bencic said the occasion was “Overwhelming.”

Williams’s match was preceded by a video tribute played for fans. Before she left the court she was presented with jerseys from the NBA’s Toronto Raptors and NHL’s Toronto Maple Leafs — and with a child’s version of the same for daughter Olympia.

In explaining that she was “evolving away” from tennis in the Vogue article, Williams said she wanted to focus on family life and new business ventures.

“It definitely felt very special to be on court with her today again,” she said “For me it was great, great, opportunity.”

Williams’s appearance highlighted a day that saw US teenager Coco Gauff — who says Williams was “the reason why I play tennis” — overcome 13 double-faults to battle past Wimbledon champion Elena Rybakina and into the third round.

Swiatek, 21, said she was “pretty sad” that she’s never had a chance to play Williams, even if in the American’s heyday “I would probably be the player that loses in the quarter-final against her.”

The Polish player has won six titles this year, and when she lost in the third round at Wimbledon it ended a 37-match unbeaten run.

But she’s not sure she will ever scale the kind of heights reached by Williams.

“Being able to kind of do business and tennis at the same time, but also be a mother and play well and do four Grand Slam finals, it’s amazing,” Swiatek said. “I think nobody is going to repeat that. I would be happy to have that belief that maybe I can do that.”