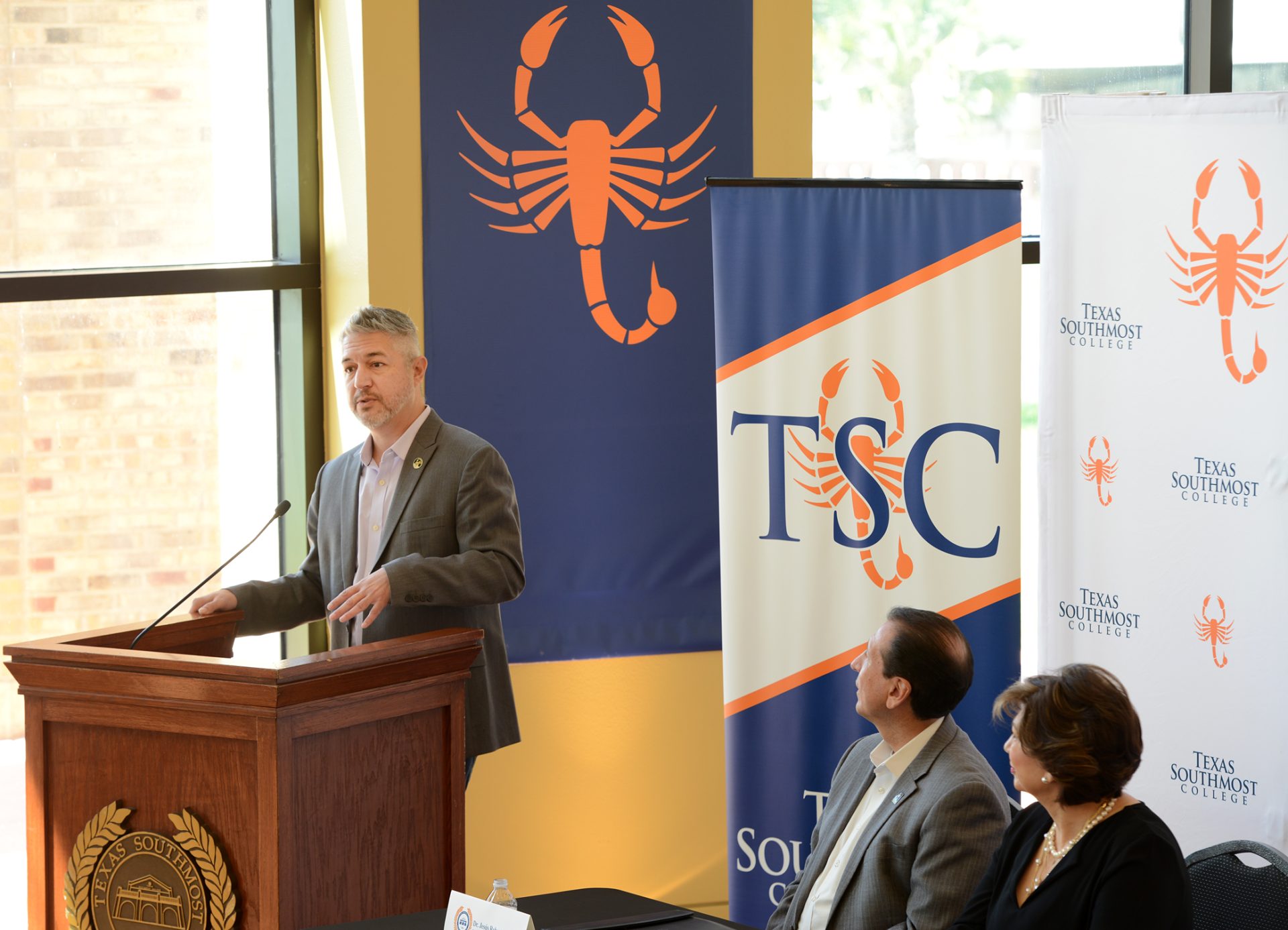 Ad P
Texas Southmost College and the Space Channel announced a partnership Wednesday to recruit and train student interns to learn the media skills to be part of the global television network that focuses on all things space.

At a news conference, Space Channel CEO Chad Mallam said he and Chief Operating Officer Bob Schefferine became convinced they wanted to be in Brownsville after meeting with TSC President Jesús Roberto Rodriguez, seeing the campus and realizing its proximity to the space industry.

The Space Channel is a global television network born several years ago in Mallam’s garage behind Universal Studios in Los Angeles. It focuses on all things space, from launches to SpaceX to NASA to space tourism, space movies and more.

“We said we need to put the Space Channel right here in the apex of whats happening in the industry, essentially right down the street,” Mallam said, mentioning SpaceX, Starbase and the growing community of space enthusiasts in Brownsville.

“We came down here because this is the gateway to Mars,” Mallam said. “That’s the coolest thing ever. We just don’t have that in Los Angeles, you don’t really have that anywhere. … When we met Dr. Rodriguez and we saw the state-of-the-art studio we thought, ‘Let’s plug in here and teach these students.’ It’s one thing when we come down here and tell the story. It’s another thing when you actually have the students tell the story,” he said.

“What we want to do is mentor these kids, show them how to tell these stories, how to create content, how to shoot, edit graphics — anything that’s going to level this up so that when people see Brownsville they’re going to say ‘that’s the place I want to be,’” he said. “That’s what we thought, too. We’re hoping that we can share that story, find some great students here that, you know, want to engage and create.”

The Space Channel, college officials, Mallam and Schefferine set up a table early Wednesday afternoon between North Hall and South Hall on campus to invite students to sign up for the internships. One signed up and several others expressed interest, TSC said.

According to Mallam, the Space Channel is “accessible on every connected TV, so if you have a smart TV you can download the app onto your TV. If you have a Vizio TV, the app is pre-installed. It’s on IOS, Android, Fire TV, Roku, all those apps. We’re also on Local Now, Plex, and were pre-installed with Comcast Xfinity. We have a 24-7 TV channel, and if you don’t have all that other stuff you can go to spacechannel.com and there’s a watch button. It’s a free app.”

“We’re hoping to find, you know, that next on-air talent. Maybe they get their start here, and maybe 10 years from now we’ll see them on the networks, and so that’s the hope,” he said.