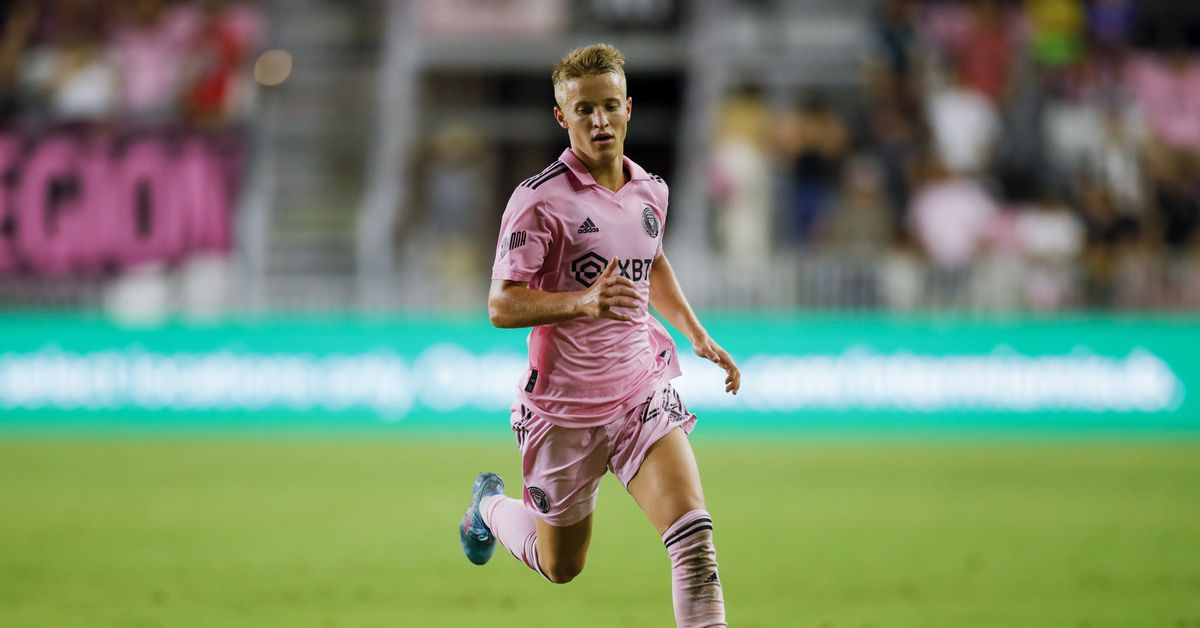 Talented players require the right environment to develop, bridging the gap between highly-rated youth standout and contributing professional. Even if the first club on the résumé is considered prestigious, there may be the need for a change. During the winter transfer window, youth international Bryce Duke left Los Angeles FC, switching to Inter Miami. The 21-year-old midfielder is enjoying a strong season in Florida, impressing with his performances and pushing the Herons to a potential playoff berth.

Born in Peoria, Arizona, Duke played for ISCO, Valparaiso, and CCV Stars before moving to the Real Salt Lake youth set-up, scoring 16 goals in 59 matches and receiving All-Region honors from the United States Soccer Coaches. Upon realizing a contract offer “wasn’t happening,” he then joined the Barça Residency Academy, an emerging power in the American game, believing the club would help realize the goal of “playing professionally in Europe.” His strong performances in the Development Academy league earned an invitation to camp with the United States Under-18 National Team in January of 2019. Coaches cited him as “a true role model and leader” displaying good “attitude, professionalism, and character.”

Despite committing to Wake Forest, fielding interest from “professional suitors calling from Europe,” and having a Barcelona training scheduled, Duke signed a professional contract with LAFC, which had “very closely” monitored his progress. “The playing style is super similar [to the Barça Residency Academy],” he told Cronkite News. “You can tell [then-manager Bob Bradley] likes young guys to develop and become successful. And that’s a big reason why I came here. LAFC seems like a club [at which] I could succeed and become the player I’ve wanted to be… It didn’t take long to feel welcomed.”

After making his professional debut in the CONCACAF Champions League against León and featuring in the first two domestic fixtures, his first season was disrupted by the COVID-19 outbreak. Despite missing out on months of training with the team, the “young player with fantastic upside” enjoyed 12 total appearances, sometimes the first option off the bench. LAFC’s star-studded line-up proved challenging to break into, but veteran leadership helped him to adjust to the professional game.

The next year, Duke was noted as a potential “player to watch,” splitting time between LAFC and the Las Vegas Lights in the USL Championship, training with the MLS squad during the week before learning his ultimate weekend assignment. For the former team, he was mostly utilized as a substitute but earned more time toward the end of the schedule. In the lower division, the midfielder played in 12 matches, contributing one goal and three assists, described as a “spark plug with the ability to set up teammates and drive the attack forward.” The club exercised his contract option, but uncertainty lingered as to whether there was enough space in the depth chart to accommodate his development.

During the winter transfer window, LAFC traded Duke to Inter Miami for $100,000 in General Allocation Money. “Bryce is a young, promising talent we’re happy to acquire to continue developing on and off the pitch,” said Sporting Director Chris Henderson. “We look forward to seeing him contribute and grow.”

His tenure began poorly, with a “grade-two quad strain” that kept him out for “seven-and-a-half weeks.” Since then, Duke has thrived in Florida, “putting up a pretty impressive amount of xG/A per 90 and finding himself in dangerous spots.” In 21 league and cup appearances, he scored his first MLS goal and assisted on three more, the finish coming as the game-winner in a 2-1 victory over Atlanta United.

As the summer continues, Duke’s presence in the squad and impact on matches are growing. The league named him to the Team of the Week for Week 11 due to playing a key role in a 2-1 win over Minnesota United. Last week, he registered what may be viewed as his breakout performance, earning Man of the Match against CF Montréal with a 90% pass accuracy and a fantastic nutmeg to spring a successful counter-attack.

The move to Miami has clearly worked in his favor. “I’ve almost already played more games this year than I [had] the whole last season,” Duke said recently. “Did my other team have confidence in me? Yeah, because they wouldn’t have signed me if they didn’t. It just didn’t work out there. I’m glad for the opportunity here and just taking full advantage of it. I wouldn’t say I’m a different player, but I’ve definitely grown more… Over here, I have a run or stretch of games where I can show how good of a player I can be.”

His time at the international level has been brief and largely disrupted due to outside forces. In addition to his U-18 call-up, Duke was added to a U-20 camp that was canceled due to the pandemic shutdown. He likely would have been in contention for the 2021 U-20 World Cup roster.

Inspired by Andrés Iniesta and Landon Donovan, Duke is a 5’7” central midfielder with a beautiful touch and is constantly on the move, looking to link-up his teammates and play an important pass, which manifests in his high shot-creation per 90 statistics. “Equally comfortable at the number eight and the number 10” with a preference for the latter, he has a natural feel for the game, able to dance past defenders and slot an incisive ball between multiple defenders. Coaches describe him as harboring “a very unique combination of technical ability and understand the positioning on the field very well,” while also praising him for being “smart” and “picking up ideas.” His statistics are noticeably high in the “shot-creating per 90” and “combined xG+Xa per 96 minutes” categories, making a final-third impact when given the opportunity.

“He’s got personality,” shared Miami manager Phil Neville. “He’s got character. We watched him a lot for LAFC in the offseason. And I just thought [he has] quality on the ball, he’s creative. He can score a goal. I thought it would take 12 months to bring him through in terms of, sort of like, getting him into the team, but the kid is really ambitious. He pulled his thigh. He was out for eight weeks in the first scrimmage of the season, and that set him back a lot. He’s young, but I think we’ve got a boy that’s got big potential.”

Every year in MLS brings the emergence of new talents, whether first-year players or those with a few seasons under their belt. While not yet scoring or assisting in bunches, Duke is displaying impressive ability with Miami, given increased responsibilities over his time in Los Angeles. While still a work in progress, the young midfielder is someone to watch moving forward, another talented young American who could work his way into January camp with strong domestic performances.