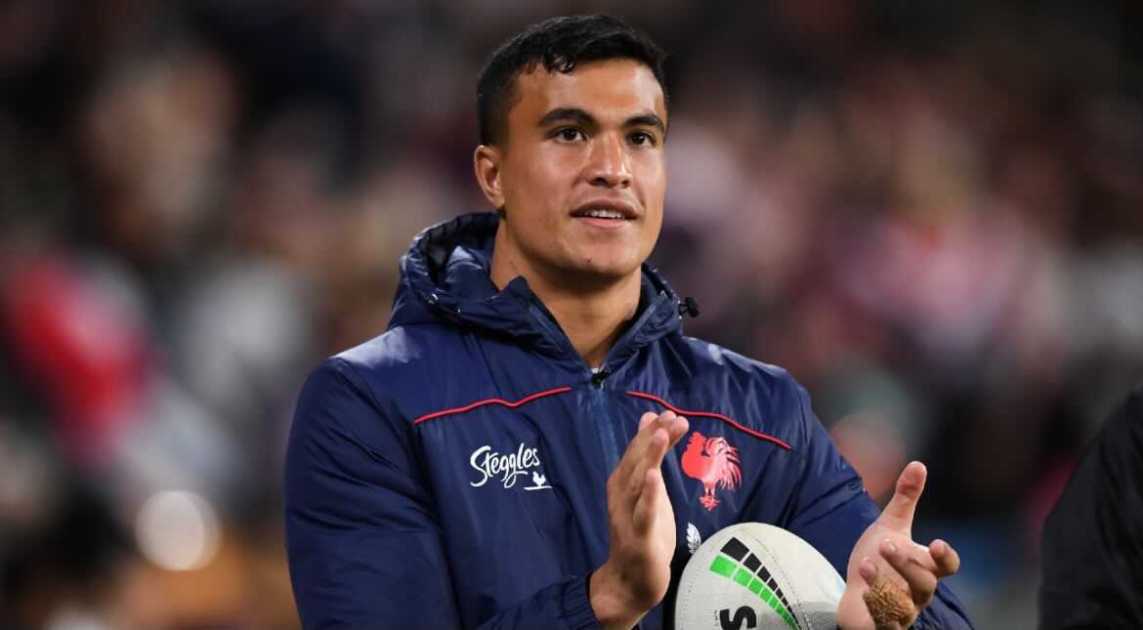 While he’s only played 20 first-grade games, Suaalii has already been named in New South Wales’ Origin squad as well as scoring 13 tries for the Roosters from just 15 games this year.

With his aerial skills and presence standout attributes, Kemp and rugby league great Cameron Smith talked up Suaalii’s hopes of becoming a Kangaroo at the World Cup on SEN 1170 The Captain’s Run.

Kemp: “Personally, Suaalii I think is becoming a lock in the 30-squad that goes away.

“Have you got any other smokeys that have been popping their head up?”

Smith: “I reckon he could possibly start.”

Kemp: “I really do believe that.”

Kemp: “Josh Addo-Carr, so you reckon we’re going with (Valentine) Holmes at one centre and Latrell (Mitchell) at the other centre?”

Smith: “Yep, with the way Latrell is playing at the moment and if he stays fit, he’ll be there absolutely.

“Val Holmes played an entire series in the centre and a little bit of time on the wing, he could be there as well.

“I think Suaalii and Josh Addo-Carr, they’ll be the wingers.

Kemp: “He has to come back from the head knocks.”

The Kangaroos will go in search of their third straight Rugby League World Cup when this year’s tournament begins on October 15 in the UK.

Australia has been placed in Group B alongside Fiji, Scotland and Italy.