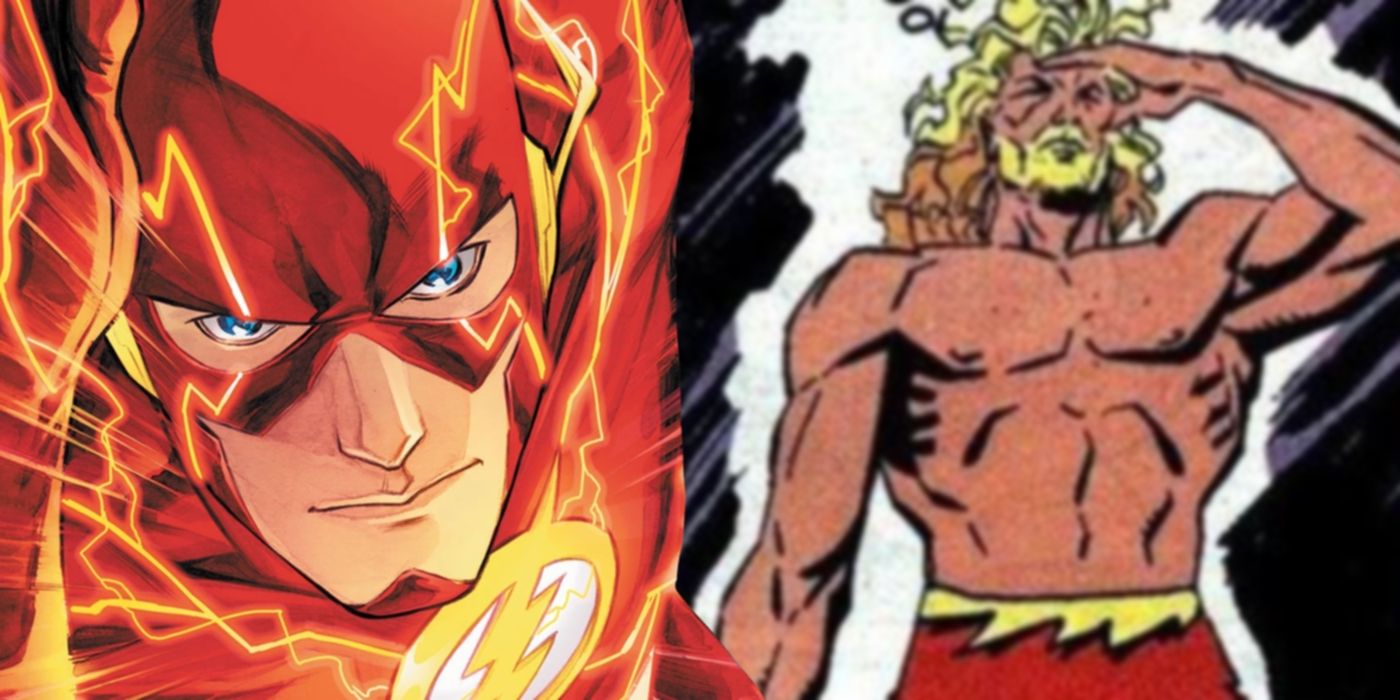 Flash’s non-canonical trip to the Marvel Universe almost became canon for the DC Universe in a way when the Flash found himself stricken with amnesia.

The Flash’s bizarre foray into the Marvel Universe almost became canon to the DC Universe. Barry Allen’s time as “Buried Alien” was nearly recreated when the Fastest Man Alive lost his memory after a trip through the Speed Force.

During the epic event comic Crisis on Infinite Earths, the Flash made a sacrifice few heroes would be capable of. After being kidnapped by the Anti-Monitor, the Scarlet Speedster escaped just in time to stop the villain from launching an antimatter canon at the Earths that remained from the multiversal extermination. Barry ran around the machine so fast, he disappeared into the Speed Force for years and wouldn’t return until decades later. In a nod to the Flash, a hero appeared in the pages of Marvel’s Quasar after the event’s publication: A speedster who wore red and yellow, who couldn’t remember his name other than it sounded like “Buried Alien”.
SCREENRANT VIDEO OF THE DAY


Related: DC’s Most Important Multiverse Story Began Because of a Flash Party Trick

Obviously, that was just Marvel having a bit of fun with their main competitor. But interestingly enough DC almost followed in Marvel’s steps by having Barry lose all of his memories. In The Flash #9 by Francis Manapul and Brian Buccelatto. the Flash finds himself in Gorilla City after being briefly trapped in the Speed Force. Having wound up in a city of talking apes, Barry expresses confusion at his predicament before trying to hightail it out of there. However, he’s captured by the village’s leader, Grodd before several apes recognize the Flash’s symbol from one of their legends. After inquiring his name, Barry simply can’t recall who he was. The residents of Gorilla City attempt to convince Barry that he is the Runner, a legendary figure endowed with amazing speed, though Flash just doesn’t have the wherewithal to dispute or agree with them.

Not as dramatic as The Flash’s secret visit to the Marvel Universe, but there’s more than a few similarities. Both Buried Alien and Barry Allen escaped the Speed Force only to wind up in completely different dimensions. Buried Alien took on the hero name Fastforward in place of his own identity while the residents of Gorilla City attempted to give Barry the Runner moniker. Obviously the Flash never canonically went to the Marvel Universe, but this was the closest DC ever came to replicating that event.

To be fair, amnesia isn’t an uncommon storytelling device. The Silver Age is positively rife with stories where heroes temporarily lose their memories. But Flash popping up in Marvel Comics and having it justified with memory loss is an interesting factoid from the hero’s history. And, of course, DC isn’t going to acknowledge that experience in canon. But this little event in the pages of The Flash seems to follow similar beats as the Quasar story, even if unintentionally. While the Flash is never going to be a Marvel hero, DC showed how their rivals’ story could have gone if they were the ones to publish it.


Next: The Flash’s Version Of Spider-Sense is the Power Spider-Man Needs