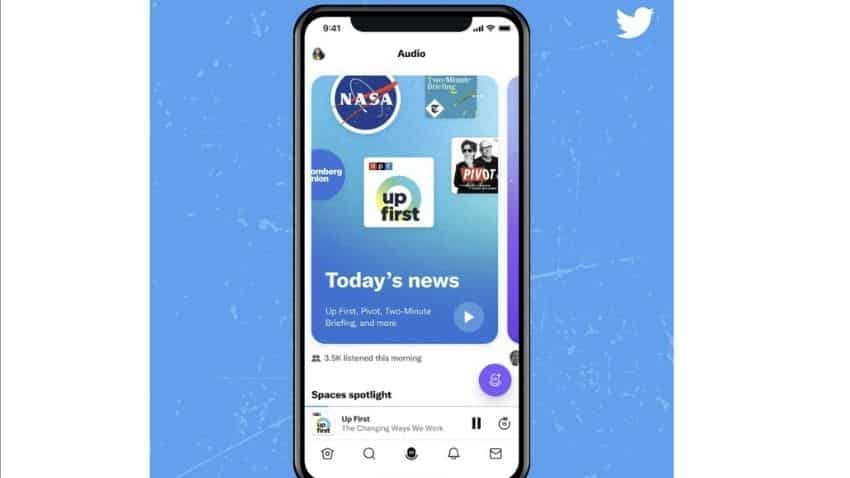 Ad P
Twitter podcasts feature: In good news, the popular micro-blogging site Twitter has announced to bring podcasts on its platform, integrating them as part of its newly redesigned Spaces Tab for audio creators. The reimagined Spaces Tab, including the addition of podcasts, will now be visible to a group of English-speaking audience on iOS and Android.

“We know that some discussions need more than 280 characters, and bringing people closer to the ideas, content, and creators they know and love is core to Twitter no matter where the conversations take place,” said the company in a blog post.

“Integrating podcasts into Spaces, where audio conversations happen on Twitter, is another way we’re continuing to invest in audio creators. To do this in a simple and intuitive way that allows listeners to simply hit play and go, we started with a redesigned audio experience in the Spaces Tab,” Twitter added.

This redesign introduces personalized hubs that group audio content together by specific themes like News, Music, Sports, and more. Now Twitter listeners will be able to easily access a more personalized selection of live and recorded Spaces discussing the topics that are most relevant to them.

Twitter listeners will be able to easily access a more personalised selection of live and recorded Spaces discussing the topics that are most relevant to them, according to the company. The new hubs will also feature the most popular and engaging podcasts from around the world.

Twitter’s internal research indicates that 45 per cent of people who use the platform in the US also listen to podcasts monthly. “For example, if someone regularly interacts with Vox content on Twitter, they’ll probably see a Vox podcast in a Spaces hub,” said the company.