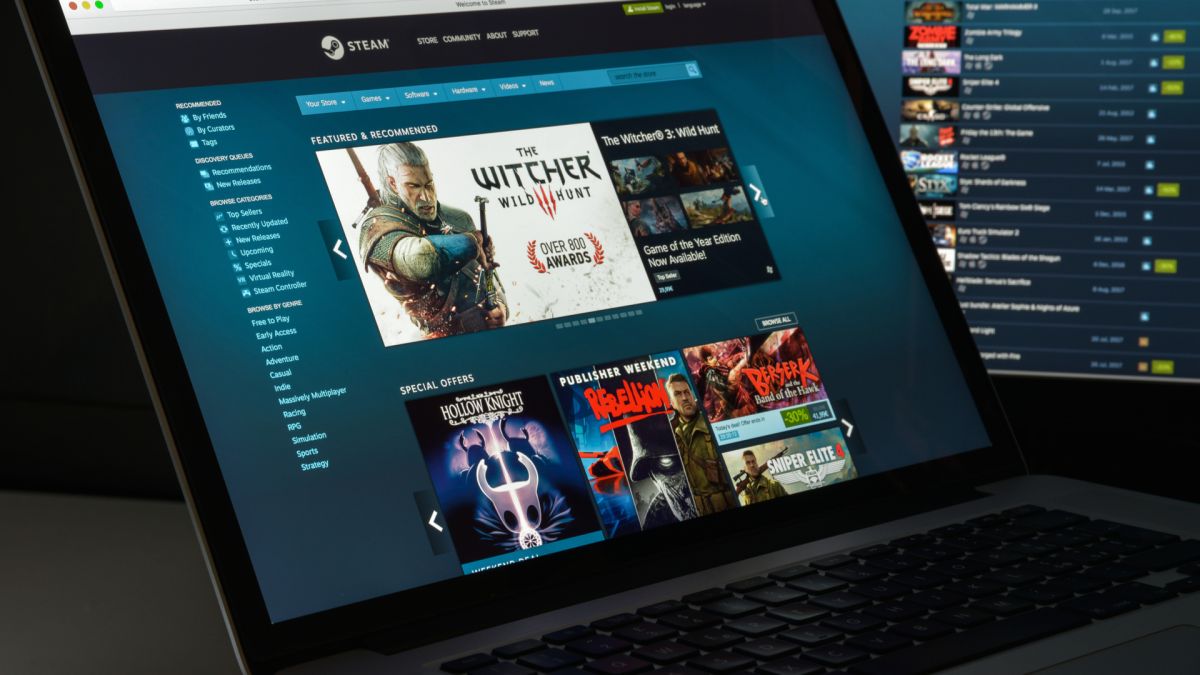 Valve’s long-forgotten Steam mobile app is getting an overdue redesign seven years after its last major update and now the developer is asking for beta testers.

The online gaming platform where people can buy and play video games on their PC originally built the Steam mobile app to be a miniature version of the service that had most of the desktop features except you couldn’t play anything. However, the app was never popular. People complained of connectivity issues (opens in new tab) and a disorganized user interface (opens in new tab). It was considered a lost cause until this recent announcement.

In a recent blog post (opens in new tab), Valve revealed that the new mobile app is being rebuilt from the ground up on a brand new framework and claims the app has a more modern design. It’ll keep some of the old features like the ability to purchase games for your Steam account, confirming trades, and getting Steam Guard (opens in new tab) codes. New features include QR code login, “smarter notifications”, a more in-depth Library, plus multi-account support.

You can sign up for the beta right now, but act fast because there are a limited amount of spots available. Valve is asking for feedback from its users so it can learn what people like versus what they don’t and see what needs to be fixed. According to the company, knowing what needs to be fixed is particularly important since the app will need to work on different operating systems and devices.

It’s important to mention that to enable the QR code login feature, you’ll need to change your Steam Client on desktop to the beta version (opens in new tab). You can do this by going into the Account tab in the Settings menu and clicking the Change button. Afterward, you’ll have to restart Steam to access the beta features. Upon launching, the login screen will have the QR code option front and center.

Trying out the app

Be aware that you’ll encounter a few bugs in the beta. We managed to join the program on Android and ran into some difficulty signing in. It took a couple of tries. Looking through the forums, login difficulty appears to be a common problem. Aside from that, the experience went pretty smoothly. Scrolling through the store felt fine and responsive just like any other app.

All of the new features listed in the announcement are present and working. Besides a Store tab, the bottom bar includes (opens in new tab) a news feed, notification section, Steam Guard, which houses the QR code feature, and a typical settings menu. The revamped Library (opens in new tab) gives access to community resources like player groups that you can join and personal game stats like achievements. Sentiment on forums is mostly positive with lots of suggestions being thrown around.

Looking through the community, you will see a lot of users asking for a chat feature to be added (opens in new tab). There’s already a Steam Chat (opens in new tab) on mobile that serves this purpose, but people want Valve to get rid of it and incorporate it into the new app. That way, people aren’t hopping back and forth between the two just to talk with friends.

It’s unknown when the improved Steam app will officially launch. Valve notes that it’ll continue adding people to the program and improving the beta until release day.

If you’re stuck on what new game to buy or don’t feel like going into your backlog, TechRadar has a list of the best games on Steam that you should check out.