Ad P
Actor Varun Dhawan recently returned to Mumbai after wrapping up ‘Bawaal’ with Janhvi Kapoor. The film is slated to release next year but it looks like his fans are already excited about it. On Monday, Varun took to his Instagram story and reposted a picture of a chips packet that featured his first look from ‘Bawaal’.

Varun will be seen essaying the role of Ajju Bhaiya in the film. In the picture featured on the packet, Varun is seen riding a bike while sporting a blue shirt and grey pants. Sharing the same with his fans, Varun wrote, “This is crazy” followed by folded hands and thumbs up emojis. Have a look: 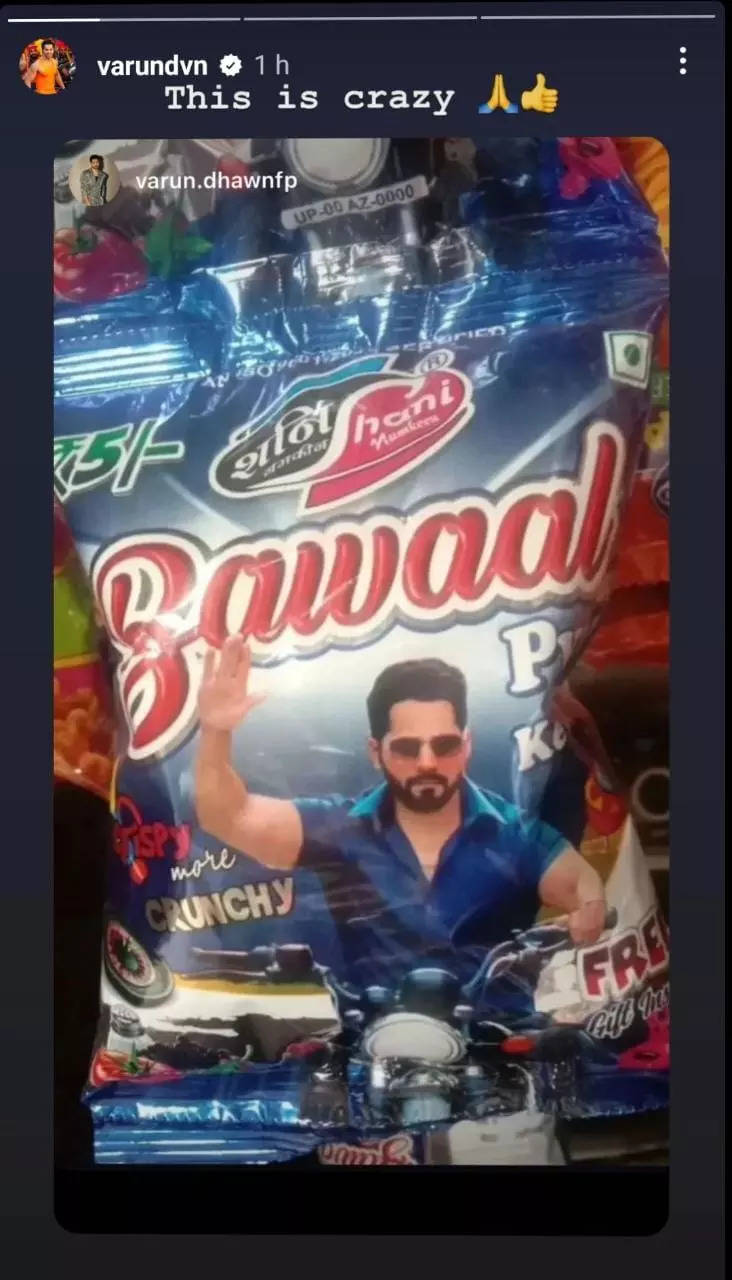 ‘Bawaal’ is directed by Nitesh Tiwari and will hit the screens on April 7, 2023.

On the work front, Varun also has ‘Bhediya’ with Kriti Sanon. He was last seen in ‘JugJugg Jeeyo’ with Kiara Advani.