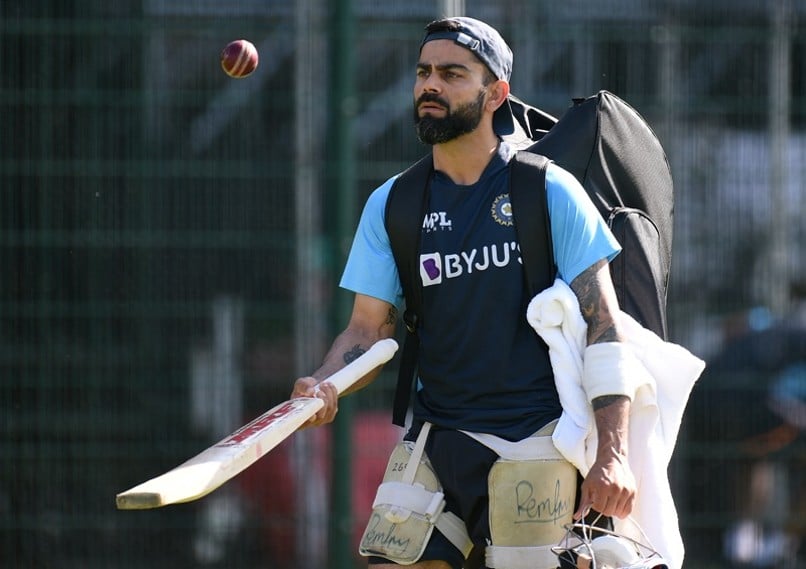 Ad P
Virat Kohli starts practising for the Asia Cup 2022 – Watch Video: Following a break of over two weeks, former Indian skipper, Virat Kohli has started his preparation for the most anticipated Asia Cup 2022, which is scheduled to be held in the UAE from 27th August onwards.

Virat Kohli has been taking training sessions at an indoor cricket academy in the BKC with a couple of net bowlers and Royal Challengers Bangalore (RCB) coach Sanjay Bangar.

Recently, Kohli shared a video across various social media platforms of his training in the indoor setup, ahead of the upcoming Asia Cup 2022. The cricketer was seen running between the wickets.

“I’ve bowled to him at BKC earlier too. It’s a joy and honour to bowl to one of the best batsmen in the world. He looked in good touch. He kept encouraging me, saying: ‘good ball’ again and again,” one of the net bowlers told TOI.

Notably, Kohli will be back to the cricketing action after a couple of weeks’ break. He last played in the England tour and was given break for the next scheduled West Indies tour. He is also given a breather for the upcoming India tour of Zimbabwe. Kohli will now be back on the cricket field during the Asia Cup 2022, on August 28 against arch-rivals Pakistan.

The Indian maestro batter has been under scrutiny for quite some time now due to his string of poor scores. The extended lean patch of the cricketer has drawn a bit of criticism. Kohli was expected to amass big numbers on the tour of England, however, he failed miserably and could only score 33 runs in the ODIs and 12 runs in the T20Is.

The Asia Cup 2022 will be a big event for Virat Kohli which will further decide his place in the all-important T20 World Cup 2022. If he fails to club high scores, there will be a possibility of him getting dropped off the T20I squad.

Kohli will be under pressure to retain his T20I place in the Indian team. Although Rohit Sharma has constantly backed Kohli despite a lack of healthy scores, the Asia Cup will be the litmus test of Kohli’s presence in the T20I setup.