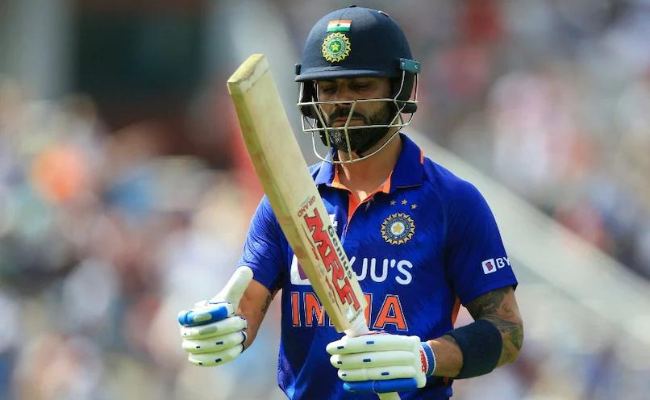 Ad P
Virat Kohli vs Pakistan: India vs Pakistan matches are always full of suspense, anticipations and expectations. Both sides try to give their best on the field. Every time these sides have faced on the cricket field, a new chapter to their already incredible rivalry has been added.

The fans have got to see some unforgettable moments on various occasions in India Vs Pakistan matches. Several players from both these sides have displayed quality performances over the years to take their teams to invincible victories.

Of several such players is India’s star batsman Virat Kohli who has been a true legend of the game so far in his career. With several unbelievable batting records to his name, Virat has managed to help his side clinch many crucial victories from difficult positions against India’s arch-rivals Pakistan.

It’s time for us to take a look at 3 of his best batting performances against Pakistan in T20I cricket so far. All Viratian fans hope that Kohli will score 50+ in ASIA Cup 2022 Ind Vs Pak on 28 August.

One of Virat’s finest performances against Pakistan came in the T20 world cup 2021 group stage match. India after losing the toss and being put in to bat by Pakistan was in serious trouble at 31/3 inside the powerplay.

Virat Kohli brilliantly the crucial and tough phase of the innings and steered the scoreboard. He did remarkably well to counter the Pakistani pacers who were seemingly in incredible touch that day. He scored a memorable half-century under extremely tough circumstances and helped India post a total above 150.

Though India lost the match as Pakistan chased the total with ease, Virat’s gritty knock was one to remember for all the fans.

Another memorable inning from the bat of Virat Kohli came against Pakistan in the 2016 edition of the Asia Cup that was being played in the T20I format. Pakistan was bundled out for 83 in the first innings but responded wonderfully well with the ball.

Mohammed Amir was on target right from the first ball as he removed both the openers for golden ducks in the first over. Raina too went a little later with India trembling at 8/3 after 3.2 overs. Virat Kohli then took matters into his own hands and brilliantly started steering India’s total towards the target.

He was eventually dismissed for 49 after the umpire wrongly adjudged him LBW. India handsomely won by 5 wickets.

India in response had a very poor start to their run chase as Rohit, Dhawan and Raina were all back in the hut with just 23 runs on the board. It was then that Virat Kohli started his traditional style of fearless batting. The right-hander displayed his trademark strokeplay once again as he found the boundaries at ease.

He never let the required run rate rise higher enough to put India under pressure as he continued to play quick scoring shots to all parts of the ground. He brought up a sublime half-century off just 34 balls as India reached the target with 2 overs to spare and 6 wickets left. Virat has also adjudged the man of the match for his brilliant knock.