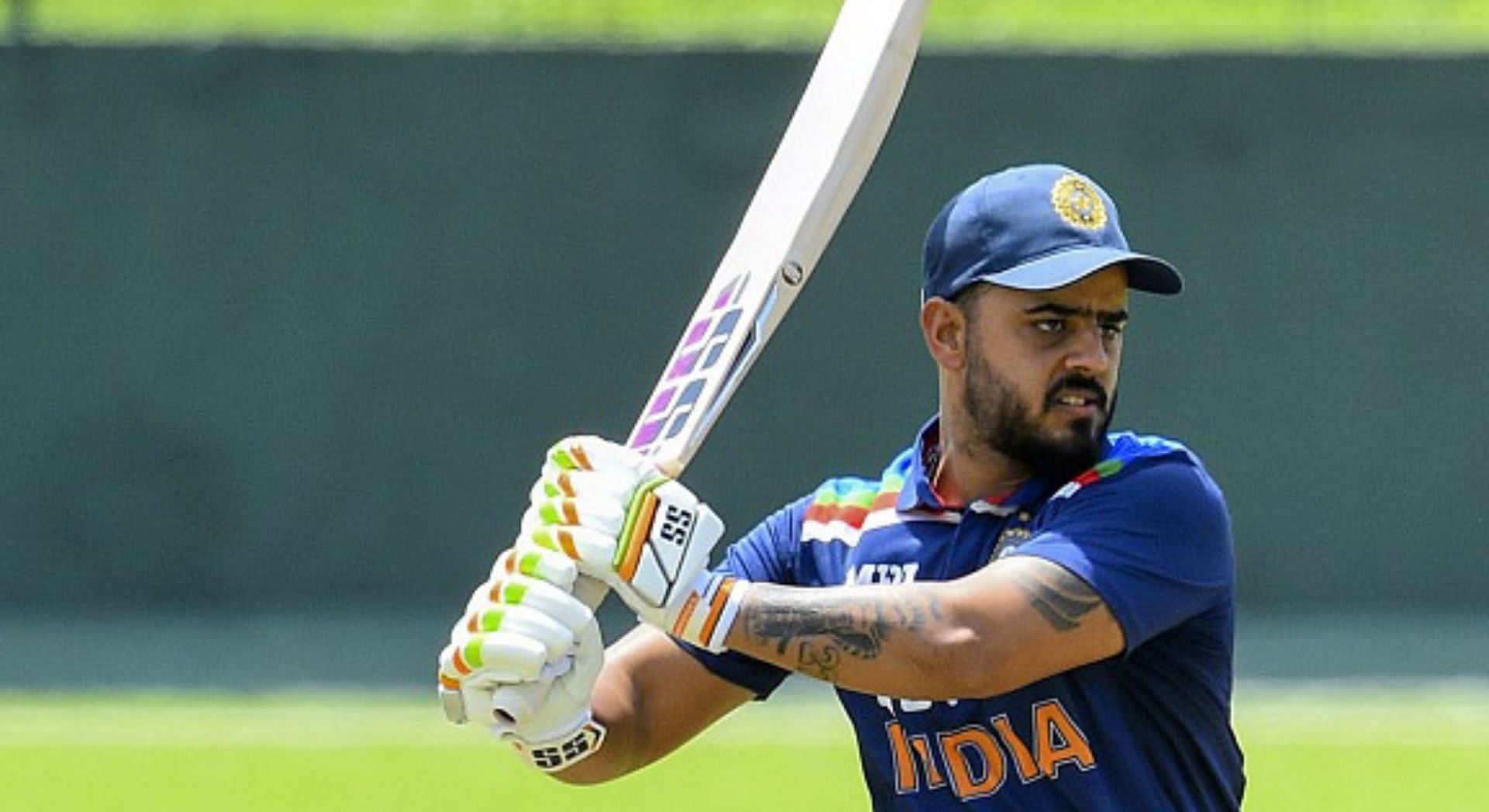 Ad P
Kolkata Knight Riders (KKR) batter Nitish Rana has revealed that he wants to make a national comeback as soon as possible. The southpaw wants to make the most of his opportunities in the upcoming domestic season and next year’s Indian Premier League (IPL). In a recent interview, he said that he would like to score big in order to catch the selectors’ attention.

Speaking to India Today, he said:

“What’s in my hands is to score runs, and improve my game. Hopefully, I will score more runs this season. If somebody is not picking me for 400 runs (in IPL seasons) then my job is to score 600 runs.”

Nitish Rana made his debut for India during the white-ball tour to Sri Lanka in July last year. Batting at No. 7 in the third ODI against the island-nation, the KKR batter scored seven runs before being sent back to the pavilion. His torrid time continued in the two T20Is he played. Batting at No. 5, he scored a total of 15 runs at a strike rate of 55.56.

The fact that he batted in a different position may have been a reason behind his failure to get vital runs during his international debut. The southpaw usually plays as an opener or as a No.3 batter for KKR.

Also Read: “This is disrespect to Shikhar Dhawan”- Netizens angry as KL Rahul replaces Dhawan as captain for India tour of Zimbabwe

Nitish Rana has averaged over 350 runs in the last three IPL seasons and over 300 in the last six editions of the tournament. He wants to break that pattern and score more than 500 runs in IPL 2023 in an attempt to make a national comeback.

“As a cricketer, I always want opportunities to play international cricket. I wasn’t comfortable in the position that I played (against Sri Lanka in July 2021). But I wouldn’t like to give any excuses. I hope to score 500+ runs in the upcoming IPL so that selectors can get attention.”

He will next be in action during the upcoming Syed Mushtaq Ali tournament, Vijay Hazare Trophy and Ranji Trophy.

Q. Do you think Nitish Rana needs to perform in domestic cricket besides IPL?