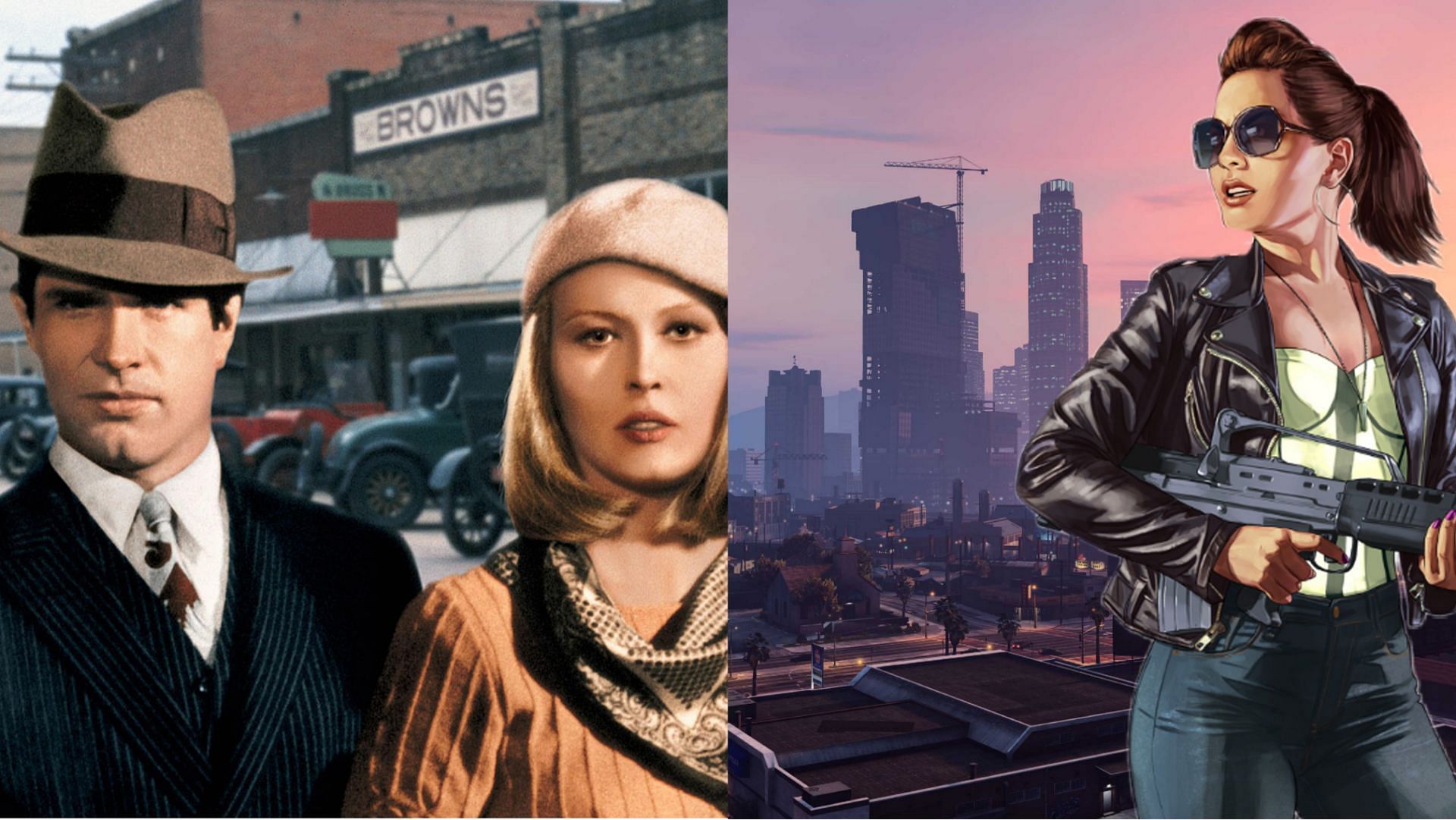 Ad P
A report by Bloomberg earlier this year posited that GTA 6 was going to be inspired by the legendary criminal couple Bonnie and Clyde. The game is reportedly quite ambitious and will be a major shift from previous entries in the franchise. One of the changes is the introduction of a female protagonist who’ll be partnered with another character.

While the notorious couple rained chaos and violence across America, could their influence improve both gameplay and storytelling in GTA 6? Yes, it absolutely could.

Who are Bonnie and Clyde, and why are they a good inspiration for GTA 6?

The GTA franchise is renowned for its focus on criminal activities and deep, interesting characters. With the game featuring a female protagonist, it’s an excellent idea to garner inspiration from real-life criminals.

One of the most famous criminal couples has to be Bonnie and Clyde. The two met in 1930s, coming together as part of the Barrow Gang. The group primarily committed bank robberies but wasn’t beyond looting small businesses and convenience stores.

This wasn’t a couple against violence, either. They were quick to open fire, killing at least 13 people during their crime spree. The tale of Bonnie and Clyde is also riddled with tragedy.

It’s common knowledge that Bonnie died wearing a wedding ring. However, it wasn’t from Clyde. Despite leaving with him and joining the Barrow Gang, Bonnie still wore the wedding ring from Roy Thornton, to whom she was briefly married. However, despite their separation, the two never divorced.

In May 1934, they were ambushed and killed as a number of law enforcement officers peppered their car with holes. Although the couple were violent and ruthless, that didn’t hinder pop culture from romanticizing their crimes.

In particular, Bonnie was described as a dangerous woman, who was destined to meet a messy end. With that being said, what could Rockstar Games do with that premise?

The trope could form an influential aspect of the heists in GTA 6. Grand Theft Auto 5 added multi-stage heists, which were heralded as a seminal addition to the franchise.

Since Bonnie and Clyde were members of the Barrow Gang, this was an incredibly tight-knit group. This could lead to the next GTA game featuring a close, driven criminal group that works together to execute huge heists.

It’s going to feel more dangerous and rewarding if the organization is tight-knit, with special emphasis lent to sustaining a relationship similar to Bonnie and Clyde’s. Furthermore, the planning phase could become more complex and intricate. This can be paired with the emotional gravitas fostered between characters.

In GTA 5, the gang members really didn’t feel interesting or impactful. Lending them emotional depth and nuance will be a remarkable addition to the game. It will be far more interesting if the characters have goals, skills, and aspirations.

GTA 6 being inspired by Bonnie and Clyde could allude to a tragic ending, where one or both of the criminal masterminds meet their demise. With that being said, there’s no telling what Rockstar Games has in mind.

Regardless, the story of Bonnie and Clyde could have an influential impact on the most anticipated Grand Theft Auto title in years.