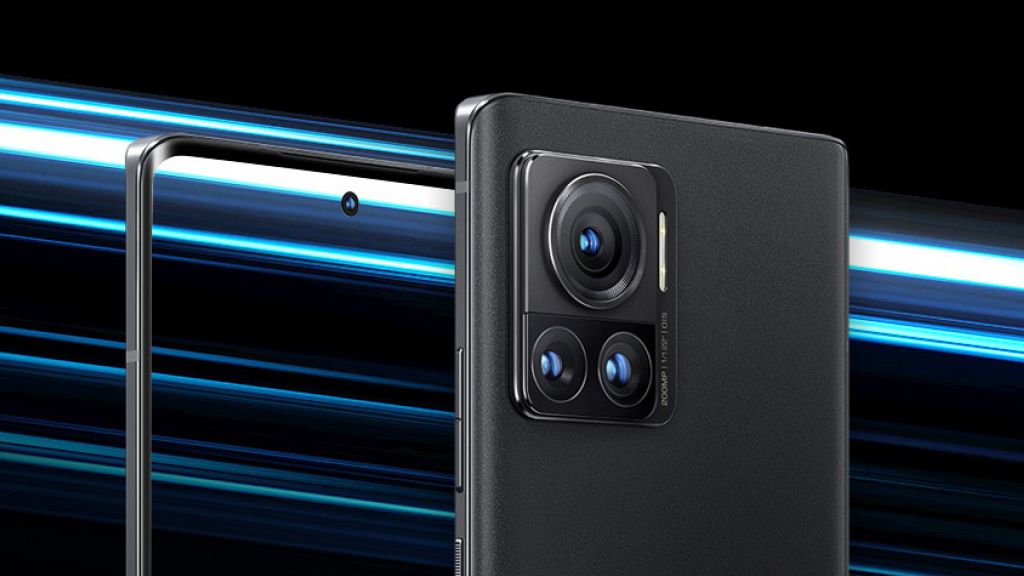 Ad P
Unless you closely follow tech news, the launch of Motorola’s newest flagship probably passed you by – the Moto X30 Pro only launched in China, and very likely won’t go on sale outside of the country.

However this new Android phone could give us a tantalizing glimpse of the future, particularly regarding the Samsung Galaxy S23‘s Ultra model.

Now, we know that sounds like quite an outlandish piece of speculation, but we’re serious – the Moto X30 Pro could afford us some insight into the Samsung Galaxy S22 Ultra‘s much-hyped successor.

The Moto X30 Pro is the first smartphone in the world to get a 200MP main camera – apparently, Motorola has no qualms about adopting a resolution that’s so high, most camera brands haven’t even touched it.

What’s worth noting, to make that headline a lot more justifiable, is that rumors point to the Samsung Galaxy S23 Ultra getting this same 200MP camera. We even thought the Galaxy could be the first mobile with it, particularly because the sensor is made by Samsung, but Motorola likes to be first to things.

There are even some camera samples provided by Motorola, on the Chinese social media platform Weibo (opens in new tab), though the company has shared surprisingly few given the big title it’s just claimed.

Those samples could give us a good early glimpse at the Samsung Galaxy S23 Ultra’s camera prowess, but the real interesting analysis is what lies beneath.

We can’t say that images on the Moto X30 Pro will look identical to those captured on the Samsung Galaxy S23 Ultra – scene optimization and AI tweaking will likely have a big impact on photo quality. But we can look to certain aspects of the Moto to still get clues towards the Galaxy.

On the X30 Pro, the 200MP camera has a range of uses beyond ‘taking high-res pictures’. One of them is with regards to pixel binning, which is when pixels in a sensor join into bigger pixels to take better snaps, as the Moto supports 16-in-1 pixel binning to give you 12.5MP pictures, as well as 4-in-1 to get 50MP snaps (usually phones only offer one type of pixel binning).

Plus, the phone’s digital zoom was a marketing focus for Moto, with an early teaser saying ’35mm, 50mm, 85mm’. This refers to camera focal lengths, as by using the X30 Pro’s digital zoom, you can close in on snaps to replicate these levels of zoom.

This digital zoom capability does have a side-effect, as it reduces the impact of optical zoom – something Motorola has clearly cottoned onto, by the fact it’s equipped the X30 Pro with a pithy 12MP 2x zoom module.

It’d be a shame if Samsung followed suit, as its 10x periscope zoom camera is a highlight of its camera experience. But a 200MP sensor wouldn’t be as useful if zooming is covered by a specific camera, making it seem possible that Samsung might drop the longer-ranging of its two telephoto lenses.

Another intriguing impact of this high-res camera is on the design of the phone, as the X30 Pro’s main camera is quite big, to support all those pixels of course (though it’s worth pointing out that the sensor’s pixel size isn’t actually that big compared to the cameras on rival phones).

On the Moto, this manifests in a large main lens that’s eye-catching and takes up a lot of space. Something like this wouldn’t fit on the already-large camera bump of the S22 Ultra.

If the Samsung Galaxy S23 Ultra does use a 200MP sensor, the Moto makes it clear that Samsung will need to redesign the camera bump in order to get the main camera to fit.

To an extent, the amount of redesigning needed will depend on what other cameras Samsung decides to use alongside the 200MP one, but either way some shifting is in order.

It’s worth pointing out that while leaks point to the Samsung Galaxy S23 Ultra getting a 200MP camera, we can’t be certain until the device launches, and we’ve certainly seen incorrect leaks for mobiles before. So take this all with a pinch of salt for now – it’s a hypothetical, but potentially accurate, look into the future of Samsung phones.