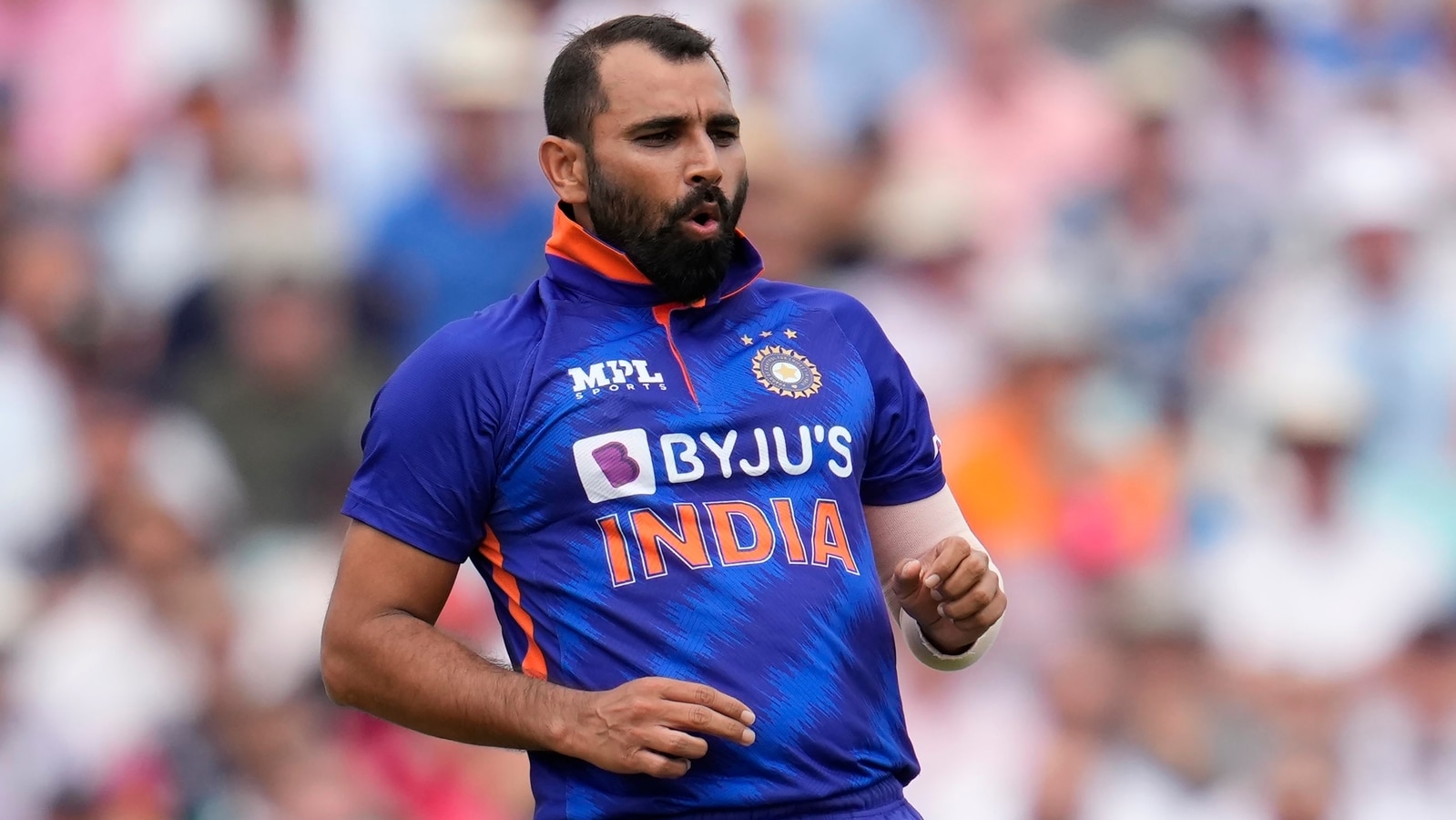 That the Indian think tank is onto something new is evident from how they have picked up the pieces after an early exit in the last T20 World Cup. It’s reflected in their T20 selections too. The role of a specialist death overs finisher with the bat was considered too radical in the past. Now, Dinesh Karthik has carved a niche for himself there.

Ad P
But, at the same time, when you are looking to hyper-specialise, there will be casualties too. Fast bowler Mohammad Shami appears to be one such.

After delivering his career-best season showing in the IPL (20 wickets, economy rate 8.00) he finds himself on the fringes of India’s World Cup. In fact, Shami has had 4 consecutive impressive IPL seasons finishing with 20 wickets in 2 of them and 19 in the other 2.

Movement in the air, landing the ball on the seam, hitting top-of-off, the Shami modus operandi does not change whether it is red-ball cricket or white-ball bowling. It makes him a powerplay slayer. He was the highest-wicket taker in that phase in the last IPL – 11 wickets at an economy of 6.62. But India already has a Bhuvneshwar Kumar to swing the ball for them. And he’s been their go-to man for that role for a much longer duration. Jasprit Bumrah is expected to be the other new ball bowler in Australia. With fit-again Kumar, back at his best, Shami automatically becomes a backup for the role.

The next crucial phase in modern-day cricket is the death overs. When finishers like Karthik attempt to swing the tide of the contest, who contains them best? On the evidence of the last IPL, Kumar makes it to this list too. He was 2nd on the list of highest death overs wicket-takers – his 9 wickets coming at an economy of 8.6. That’s only 17 runs in 12 balls. No.3 on the list was Harshal Patel, currently nursing a rib injury. He picked up 9 wickets at an economy of 9.58.

That’s not to say, Shami’s returns were poor. He too picked up 8 wickets, being slightly more expensive at 9.63. But Shami doesn’t do the wide line containment bowling that Kumar does so well. He doesn’t have the dipping slower ball that Patel has. And although Bumrah had a mixed 2022 IPL season, his class is unquestioned. That again makes Shami a back-up for the resources India has in that role. In Bumrah’s absence, Shami could well have made the cut for the Asia Cup. But Arshdeep Singh offers them the left-arm seam option, they have always been on a lookout for and the Punjab seamer appears to have done enough to win the selectors’ confidence.

Not everyone is convinced though. “Unless Mohammed Shami joins the squad, this team will not be competitive in the World Cup. As part of their World Cup preparation, these are backups traveling there,” former Chief selector Kiran More gave his take on Star Sports after the seamer missed the cut for the Asia Cup.

More added: “Rahul Dravid follows a certain procedure and values having backups. Someone like Avesh Khan can be helpful in the World Cup if a bowler goes hurt. I am not sure how severe Bumrah’s injury is, but he (Shami) would travel to the World Cup.”

Avesh Khan is an interesting case. He’s had two impressive IPLs picking up 42 wickets – a wicket coming every 16 balls. He also stood out for his all-phase utility. But the Lucknow Super Giants seamer hasn’t been able to replicate the same performances in international cricket. 11 wickets in 13 T20I matches at an economy of 8.67 may not appear all that poor. But 6 of his wickets came in 2 good outings, in quite a few others, he went for plenty of runs. It’s Avesh ahead of Shami for now. Whether that will change late in the day, one will only know after the Asia Cup.

“I think there are better fast bowlers in Indian T20 cricket than Shami and they’ve only named three (for the Asia Cup). So, if there’s potentially four named in the squad, he might be the fourth man in.” Ricky Ponting told the ICC podcast.

Shami’s numbers suggest he will remain a contender. The selectors would also have to wait to see how soon Bumrah and Patel return to full fitness. But India’s Test bowling war-horse will need to jump the queue. For that, being second best will not suffice.