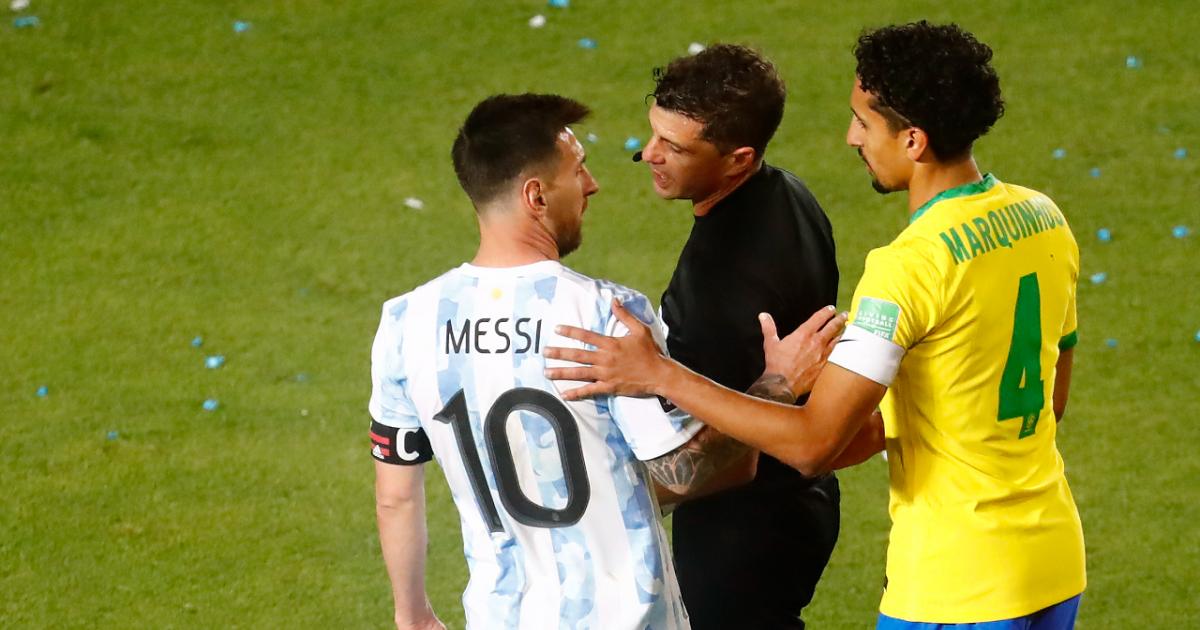 Ad P
Argentina and Brazil’s World Cup qualifier is now unlikely to ever be played after first being suspended just as it started in September 2021.

Local health officials stormed on to the pitch at the time to call off the match after a handful of Argentine players were found to have breached Brazil’s entry requirements.

Since then, both Argentina and Brazil have secured qualification for the 2022 World Cup in Qatar despite playing one less game than other South American countries.

Their suspended qualifier was originally going to be replayed on September 21 this year but recent reports suggest FIFA has ruled it can be abandoned.

Why is Argentina vs. Brazil cancelled?

With European club seasons kicking off and the World Cup just a few months away, both Argentina and Brazil reportedly see no benefit in holding the qualifier.

The result would be essentially meaningless with both nations qualified for Qatar and Argentina unable to jump Brazil in the final standings even if they won.

Selecao manager Tite has reportedly stated his desire to abandon the match so as not to risk players ahead of the World Cup.

The qualifier would also have to be held in Brazil adding logistical headaches neither nation is keen to deal with during such a busy six months.

MORE: Every nation qualified for the 2022 World Cup

For the second time in as many months, a fixture between these two football giants has been called off.

Argentina and Brazil were supposed to play a friendly in Australia in June but the exhibition match was cancelled with Argentina pulling out despite 60,000 tickets being sold.

“Regrettably, event organisers have been informed by Pitch, the Superclasico June 11, 2022 match agent, that contrary to their prior agreement and commitment to do so, Argentina are no longer prepared to travel to Australia for the match against Brazil,” a statement read at the time.

Their last meeting now dates back to November 2021 when a 0-0 draw was played out in Argentina as part of World Cup qualifying.