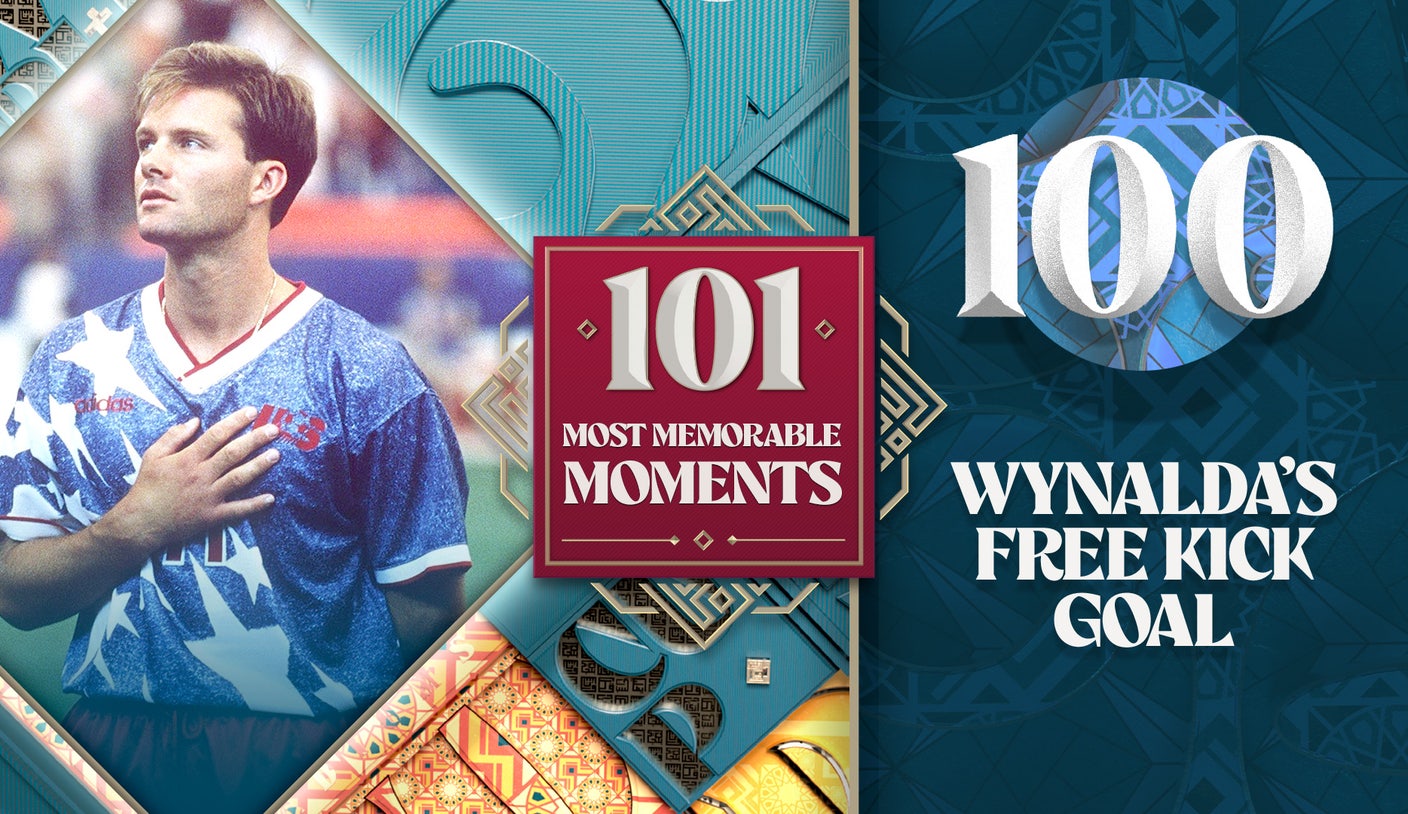 Editor’s note: Each day between now and the kickoff of the first match of the 2022 FIFA World Cup on Nov. 20, we’ll unveil a different memory from World Cup history. The countdown from 101 continues with Eric Wynalda’s perfectly-placed free kick in 1994.

It’s still the first half of the United States men’s national team’s first World Cup game on home soil and already the tension is through the roof.

The U.S. is losing to Switzerland, the weakest team in a group that also contains the best Romanian and Colombian squads ever. The latter is a trendy pick to win the entire tournament.

The Americans desperately need a respectable showing at USA ‘94. FIFA’s decision to award the event to a country that didn’t even have a top-flight professional league at the time has become a punchline. A repeat of 1990, when the USMNT lost its three group stage games in its first World Cup appearance in 40 years, would be a colossal embarrassment. No host nation had ever failed to qualify for the knockout stage.

U.S. fans feared the worst when Georges Bregy gave the Swiss the lead six minutes before halftime. But the deflation didn’t last thanks to Eric Wynalda, whose unstoppable curling free kick just before the teams headed to the dressing rooms nearly blew the roof off the Silverdome in suburban Detroit.

Eric Wynalda’s free kick in the 1994 FIFA World Cup for the US against Switzerland is the No. 100 most memorable moment in World Cup history.

The match ended 1-1. The point plus an upset win over the Colombians a few days later was enough to send the U.S. to the second round, where they took eventual champ Brazil to extra time before losing 1-0. The USMNT had performed better than most thought possible. It all started with Wynalda’s all-world strike.

One of the leading soccer journalists in North America, Doug McIntyre has covered United States men’s and women’s national teams at multiple FIFA World Cups. Before joining FOX Sports in 2021, he was a staff writer with ESPN and Yahoo Sports. Follow him on Twitter @ByDougMcIntyre.

Get more from FIFA World Cup 2022 Follow your favorites to get information about games, news and more.