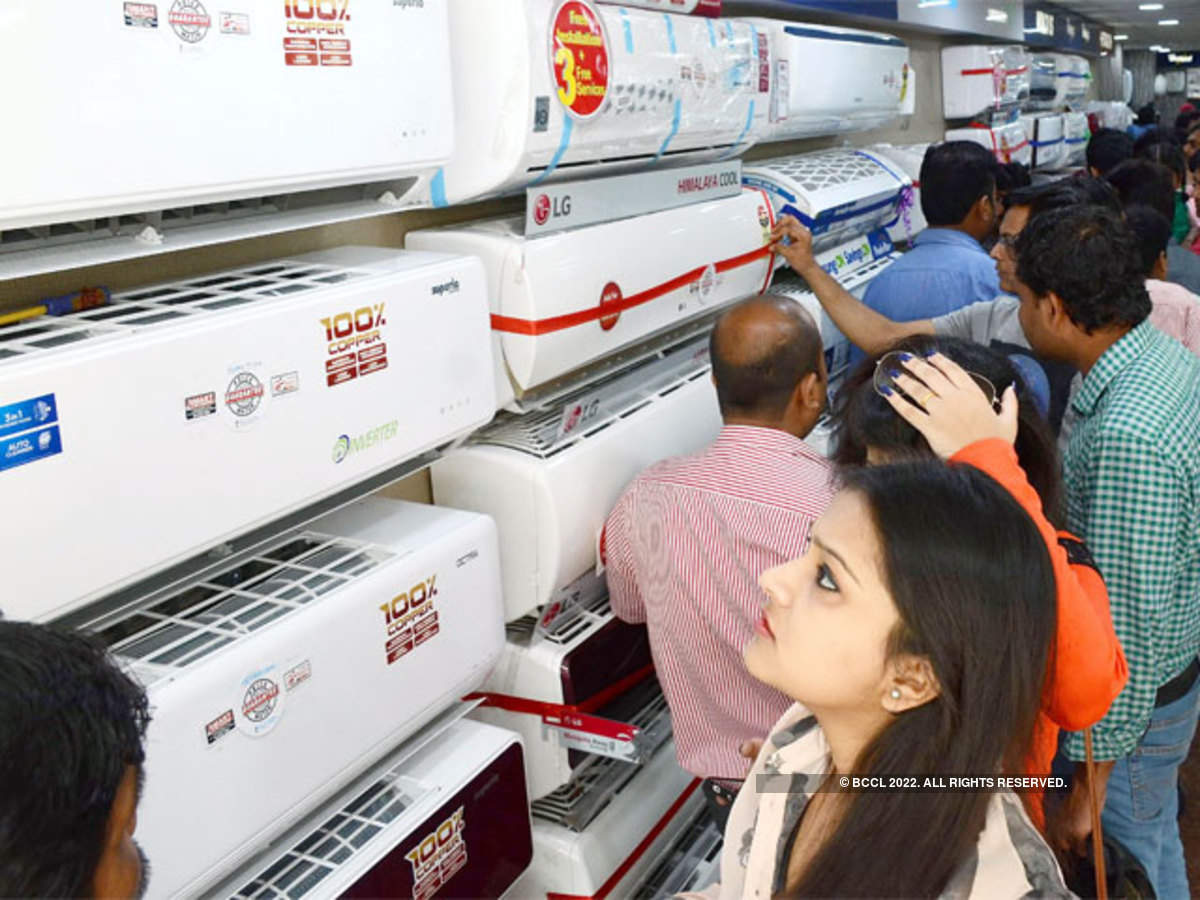 The premium you have been paying on all your household electronics like ACs, fridge, microwaves and washing machines may come off sooner than expected as companies look to pass on the benefits of falling input costs in the festive season. The price of copper, steel and aluminium — the key raw materials in this sector — have corrected in the last three months, after reaching all-time highs. This correction will directly benefit white goods manufacturers — like Bajaj Electricals, Bluestar, Crompton, Havells, Voltas, and Whirlpool to name a few — as procurement of raw material gets more economical.

Copper is 21% cheaper, steel is 19% cheaper and aluminium is 36% cheaper from their April levels this year, according to a recent report by ICICI Securities. This, coupled with the fact that customers have been paying over 20% extra on these household durables since the start of the Covid-19 pandemic two years ago, will increase margins for these companies.

“With a correction in input prices, the need to raise prices has declined. We believe a breather was essential considering durable companies have raised prices incessantly in the past two years. The cumulative price hike was higher than 20% in the past two years,” the brokerage firm added.

So will the prices go down?

Not exactly, but that is simply because the white goods and durables industry usually carries a larger inventory. The companies may want to clear their old stock before selling newer items produced with cheaper raw material. But that isn’t necessarily bad either.

ICICI Securities believes that the increased margins will push the manufacturers of ACs, refrigerators, microwaves and washing machines to raise their advertising efforts and offer better discounts to the customer. The case for the customer strengthens as these developments come in the second half of the year, with the festive season just a few months away.

“We do not model durable companies to pocket all the benefits and expect them to invest gains [in four areas],” the ICICI report added.

One of the areas the companies are likely to invest in is advertising as ad-spends have remained on the lower side for the past three years.

The only thing going against the industry, in terms of manufacturing, is crude oil prices that have stayed above the $100/a barrel level for most of 2022. A higher-than-expected increase in crude prices could shave off the benefits of lower input costs and pressure the margins of white goods and durable companies.

How will the industry perform?

ICICI Securities is quite positive about the white goods and durables sector as it counts on strong return ratios, healthy growth potential and low penetration levels. “We also expect the migration from unorganised to organised sector to steadily generate value. Havells India and Crompton Greaves are our top picks,” the firm added.

A report by BNP Paribas, released in May, noted that the consumer electricals industry is witnessing a market shift from the unorganised to the organised one, thanks to demonetisation, GST implementation and the pandemic. The company believes that one in three consumer electrical items sold in the market is still in the unorganised sector, which gives the players in the organised sector a lot of room to grow.

SEE ALSO
Delhi to have its own version of the Dubai shopping festival starting 2023
If you thought techies got the biggest hikes last year, think again…
Remember to tip your waiter, there is no more service charge on your bill