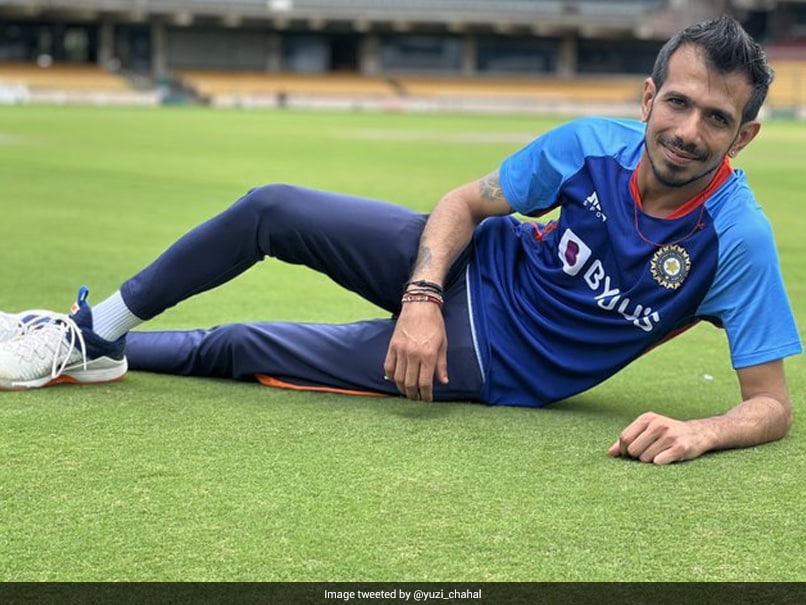 India leg-spinner Yuzvendra Chahal on Saturday recreated his iconic pose from the 2019 World Cup, where he was snapped lying on his side during a match. He termed the pose as “favourite” and what made the moment all the memorable is that he chose to recreate the pose at M Chinnaswamy Stadium in Bengaluru. Chahal had earlier represented Royal Challengers Bangalore before switching to Rajasthan Royals in the IPL. Chahal himself referred to the ground as his “favourite”.

Taking to Twitter, Chahal shared a photo of himself lying on the ground, and he captioned the post as: “Favourite Pose, Favourite Ground.”

Chahal played 113 matches for the RCB in the IPL, taking 139 wickets.

Chahal played one game for the Mumbai Indians in the 2013 edition of the tournament as well.

In this year’s edition of the IPL, Chahal shared the dressing room with the likes of Ravichandran Ashwin, Jos Buttler, Sanju Samson for the Rajasthan Royals.

He won the Purple Cap this year, after taking 27 wickets om 17 games and he was a key figure in Rajasthan Royals team that managed to reach the final.

Chahal was last seen in action in the ODI series against West Indies, where he returned with seven wickets.

The leg-spinner will next be seen in action in the upcoming Asia Cup, beginning August 27. India will play their first match against Pakistan on August 28 in Dubai.